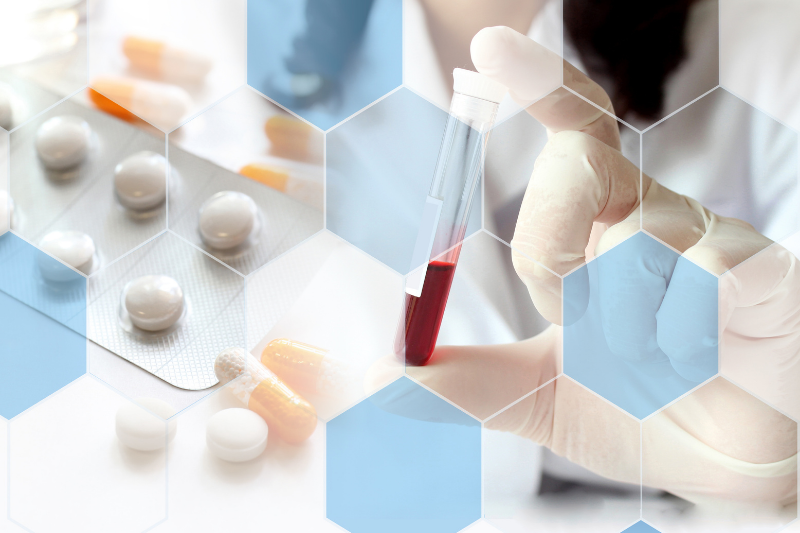 It’s April 2003, and a project that took 13 years and US$2.7 billion to complete is about to change the study of medicine and the human body forever.

I am talking about the Human Genome Project, which has successfully sequenced the 20,000 genes that make up the blueprint of our bodies.

That’s almost three billion base pairs of deoxyribonucleic acid, or DNA, that make up not just our anatomy but give us all our individual, unique characteristics.

Genomics, or the study of genes, was only made possible once this incredible milestone had been achieved.

Technology has advanced rapidly since then.

Today, an entire human genome can be sequenced in about a day.

Illumina (NASDAQ: ILMN), a leading developer and manufacturer of integrated systems for large-scale genetic analysis, is powering the field of genomics with its innovative sequencing machines.

Here’s a look at how genomics is set to permanently change the medical industry.

Today, 71% of cancer-related deaths are for cancers that have no recommended screening.

Unfortunately, if these cancers are detected late, 79% of patients will succumb to the disease.

In contrast, early cancer detection reduces the chances of death to just 11% of patients.

Illumina has acquired a company called GRAIL that will usher in a new era in cancer detection technology.

GRAIL has a blood testing service called Galleri that has the potential to detect almost 50% of cancers at stage one.

The test is a huge leap forward.

Current testing usually picks up cancers only when most are in either stages three or four, where the disease is much harder to treat as it may have already spread to other organs.

Galleri is not only more accurate in diagnosing cancers early, but can also detect up to 50 types of cancers and has a more than three-fold probability of detecting cancer compared to existing methods.

If successful, each year of testing using Galleri can help avert around 100,000 cancer-related deaths in just the US alone.

This technology is still being refined but if expanded to other countries, it could potentially save up to millions of lives each year and also cut the healthcare costs for numerous people.

It is obvious that everyone’s body is different.

We may have different allergies and also respond differently to different types of medication or treatments.

Yet, existing medical techniques assume that humans are essentially the same and that everyone can be diagnosed and treated using similar methods.

The problem, of course, is that we do not know enough about each individual’s unique genetic make-up to be able to tailor medication specifically for him or her.

With cheaper and faster gene sequencing, the ultimate goal in medicine is personalised medical treatment.

Known as “precision medicine”, genomics now makes it possible for treatments to be customised according to each person’s unique biological make-up.

Genomics has also opened the door to gene editing, a technique where scientists can alter the DNA of living organisms.

A key technology behind gene editing is CRISPR, a powerful tool that allows researchers to alter DNA sequences and in the process, modify the gene’s function.

CRISPR has many potential applications including the correction of genetic defects and treating and preventing the spread of diseases.

A recent gene-editing experiment has allowed a near-blind lady to see well enough to make out doorways and navigate hallways.

Her DNA was modified directly with CRISPR but researchers warn that more data needs to be collected to make sure the process is safe and can help other patients, too.

In yet another breakthrough, a man suffering from transthyretin amyloidosis, a rare and devastating disease that destroys tissues and results in death, had shown vast improvement when injected with genes modified by CRISPR.

Instead of producing a misshapen protein that slowly destroys the body, his liver now began producing the normal protein, resulting in a significant improvement in his prognosis.

These examples are just the tip of the iceberg when it comes to the potential that CRISPR offers.

With more research and experiments, more lives could be saved and many others can have their quality of life significantly improved.

Get Smart: The pinnacle of medical advancement

In the 2013 movie Elysium starring Matt Damon, a machine called the “Medical Bay” is featured where a human can remedy any ailment or disease just by lying inside it.

While this is a utopian example of how genomic technology is so advanced that it can cure almost anything, science is steadily moving in that direction.

Sequencing the human genome and understanding its mysteries is just the first step.

It also symbolizes human beings’ triumph over the dark side of nature.

And that is truly something to look forward to in the future.

After years of investing, we found that successful growth investing depends on 3 core mindset shifts. And by adopting these into your investing strategy, you’ll massively boost your chances of finding your next 10X stock. Our latest report shows you how to use them in your investing journey. Click here to download it for free.