As Businesses Change, so Should Investors 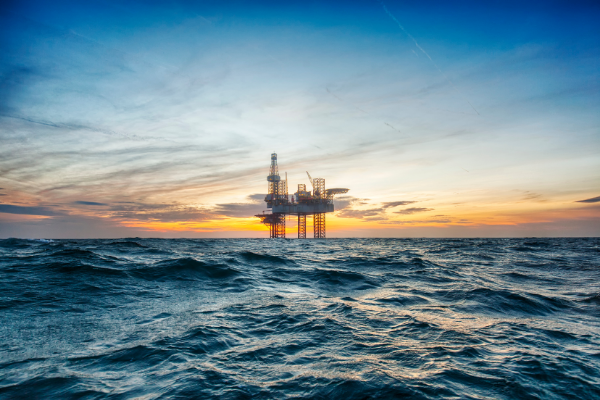 10 Mar As Businesses Change, so Should Investors

The corporate world can be harsh and unforgiving.

Businesses constantly vie with one another in a tussle for dominance and market share.

It’s a kind of financial Darwinism where only the fittest are deemed worthy of survival.

As old industry stalwarts fall by the wayside, new companies are thrust into the forefront.

And as the business landscape changes, investors will have to adapt.

For investors, it can be tough to pick out winning stocks as the ground under it shifts.

If the organisation is successful, it reinvents its business model and continues to post healthy growth in revenue and profits.

But if its efforts fall flat, it may well end up floundering and consigned to the graveyard of companies that failed to survive.

The COVID-19 pandemic is yet another reminder of how drastic change can be as entire industries are decimated by lockdowns and border closures.

Even large, established companies are not immune, and have had to announce reorganisations and shifts in business directions to remain relevant.

The term “blue-chip” is typically associated with stability and consistency.

However, investors should note that even reputable blue-chip businesses can be disrupted.

For instance, Keppel Corporation Limited (SGX: BN4) recently announced that it would carry out a “comprehensive transformation” of its wholly-owned subsidiary, Keppel Offshore & Marine, as part of a strategic review of its offshore and marine business.

Once a vaunted player in the construction of oil rigs for oil and gas majors, the division has been struggling since oil prices crashed precipitously in 2014 and again last year.

As part of a strategic review announced together with its full-year 2020 earnings, Keppel has decided to exit the capital-intensive rig building business and, instead, focus on renewable energy solutions.

This pivot away from fossil fuels is part of the company’s new long-term strategic direction called “Vision 2030” announced in the middle of last year.

The conglomerate will be consolidating its businesses into just two main clusters — commercial, and defence & public security — as of January 2021.

For context, the engineering specialist used to structure its divisions according to four sectors — aerospace, electronics, land systems and marine.

The changes allow the group to strengthen its core business and better positions it for international growth.

Even Singapore’s largest telco, Singtel (SGX: Z74), is jumping on the reorganisation bandwagon with the announcement of the creation of a new portfolio under its Group Enterprise division to manage new 5G technologies.

Aside from the blue-chips mentioned above, smaller companies have also been transforming themselves to better manage the evolving business landscape.

Back in December 2014, the engineering conglomerate spun off its real-estate solutions business, Boustead Projects Limited (SGX: AVM), or BPL.

The move was targeted at unlocking value for shareholders and allowing the real estate division to raise capital based on its own merits.

Fast forward to today, and BPL has proposed the creation of a new private fund called Boustead Industrial Fund (BIF) to further unlock the value of its portfolio of industrial leasehold properties.

Over the last six years, BSL has transformed itself successfully by spinning off a unit that is now attempting to unlock even further value for shareholders.

Another example of a successful transformation is Cityneon Holdings.

The events and exhibition organiser was struggling back in 2015 as its core business faced eroding margins and stiff competition.

Then, in a bold move, the company announced the acquisition of Victory Hills Exhibitions, along with a proposed one-for-one rights issue at S$0.18 to raise capital.

From there, CEO Ron Tan proceeded to sign on intellectual property (IP) deals with reputable companies such as Disney (NYSE: DIS) to open Avengers Station exhibitions in the US and around the world.

The move proved to be timely.

By June 2016, the company’s share price hit a new high of S$0.905, quadrupling from the low of S$0.18, as the Avengers exhibition opened successfully in Las Vegas to much fanfare.

By 2019, Cityneon had signed up a host of valuable IPs that included franchises such as Transformers, Hunger Games and Jurassic Park.

The company was taken private at a record-high share price of S$1.30 in early January 2019, capping off an impressive run in just five short years.

Kingsmen Creatives (SGX: 5MZ), a smaller company in the same industry as Cityneon, also started going down the same direction in 2018 when it signed on the NERF IP with toy company Hasbro (NYSE: HAS).

The company opened its very first NERF Action Xperience attraction in October 2019 as it shifted away from contract-based revenue to explore a model that brings in more recurring income.

Since then, Kingsmen has also partnered with Discovery Inc (NASDAQ: DISCA) and Crayola to develop travelling exhibitions and themed location-based experiences, respectively.

Both Cityneon and Kingsmen saw the need to transform the business as it was getting tougher to grow by relying on their original core businesses.

Not all business transformations end up with the desired result, though.

Sometimes, the change proves to be too much to handle.

Particularly when companies diversify away from their core capability into something totally unrelated.

Granted, management should be lauded for being brave and forging a new path ahead by breaking free from the old mould.

However, should such efforts fall flat, it’s not surprising to see a bunch of disgruntled shareholders.

The loss of this distributorship was a major blow to the company as the distribution business with the US firm took up more than half of its revenue for the half-year ended 30 June 2018.

To his credit, CEO Derek Goh had, back in 2017, tried to diversify away from the distribution business.

Serial’s list of associates includes a company that provides laundry services to hotels and resorts, as well as a foray into the manufacture and export of durian puree and durian-related products.

This diversification carried on in 2020 with the acquisition of a 28.7% equity interest in Stars Tea, which deals with the sale of beverages.

However, shareholders won’t be faulted for questioning if there is indeed any synergy between electronics distribution and food and beverage.

Get Smart: An evolution rather than a revolution

There’s a lesson to be learnt here — change for an organisation should be more of an evolution, rather than a revolution.

Companies should not stray too far from their core capabilities, or even if there was such a desire, appropriate steps should be taken to gain expertise in the new venture first.

That way, shareholders can better understand and appreciate the business rationale for the shift.

A company that adapts to changes can be described as being savvy, while one that is aiming for a complete makeover is probably risking more than it can afford to.