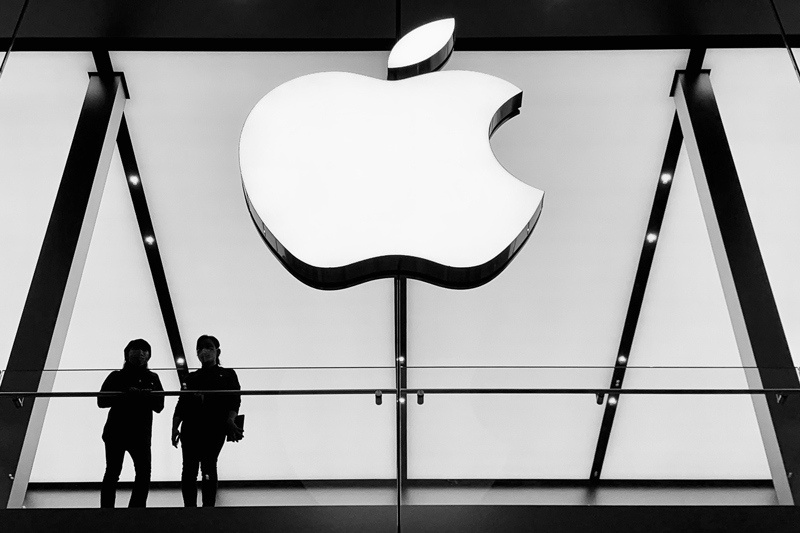 The internet age has given rise to stocks that have hit a market capitalisation of more than a trillion US dollars.

This feat was unthinkable just a decade ago.

However, internet-scale businesses have proven their mettle and their ability to grow has enabled them to achieve this coveted status.

Investors, however, may pause to ask a pertinent question.

Can such huge businesses still chalk up decent levels of growth?

The prevailing sentiment is that when a company gets too large, its size itself becomes an impediment to growth.

However, when presented with the four mega-cap companies presented below, you may want to think again.

The company’s iPhones and iPads are almost ubiquitous while its colourful iMacs are a dime a dozen in many offices and homes.

The nearly US$2.5 trillion-dollar company continues to churn out strong numbers despite its massive size.

Services continued to take up one-fifth of total revenue, chalking up gross margins of close to 70% compared with products’ gross margin of 36%.

In its Mac 2021 event two weeks ago, the technology giant unveiled exciting new products such as its third-generation AirPods, a new MacBook Pro and a new Voice Plan for Apple Music.

As the company continues to innovate, investors can expect the strong numbers to continue.

The world’s largest e-commerce vendor sells everything from books and electronic accessories to home and kitchen appliances.

As its stands, Amazon has grown into a US$1.7 trillion behemoth that rivals find tough to go up against.

Its impressive size allows it to enjoy economies of scale, enabling it to remain the top dog all these years.

However, you’d be mistaken if you thought Amazon’s growth was slowing down.

The pandemic has accelerated the demand for e-commerce as more people go online.

Its Prime Video service, a streaming TV service, is going up against established player Netflix (NASDAQ: NFLX) with the release of more original movies and TV series.

Microsoft is a US$2.4 trillion business that is well-known for its Microsoft Office suite of software tools.

Microsoft continues to knock the ball out of the park with its latest fiscal 2022 first-quarter earnings (1Q2022) ended 30 September 2021.

Meanwhile, its other services have also been warmly embraced.

Its Microsoft Office 365 consumer subscriber numbers have climbed from 45.3 million a year ago to 54.1 million, while LinkedIn, a networking space for professionals, saw revenue growing by 42% year on year.

The company’s shares have already surged by 48% year to date, hitting a new all-time high of US$323.

But if Microsoft’s growth momentum carries on, investors may continue to enjoy healthy capital gains in the future.

Alphabet, the parent company of Google, is an advertising behemoth that has continued to report impressive growth.

The company is worth nearly US$2 trillion and its shares are already up nearly 70% year to date.

Its latest 3Q2021 earnings continued to show impressive growth rates even for such a large business.

Operating income nearly doubled year on year from US$11.2 billion to US$21 billion, with operating margin expanding from 24% to 32%.

As more people use search engines while surfing the internet, Alphabet may be poised for further gains in revenue and net profit.