4 Digital Bank Licences Have Been Awarded: What are the Implications for Investors? 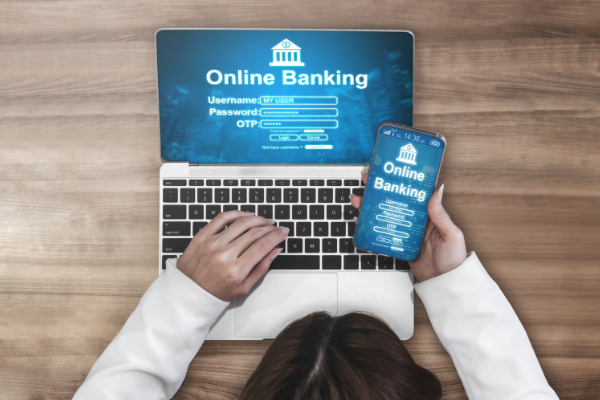 10 Dec 4 Digital Bank Licences Have Been Awarded: What are the Implications for Investors?

The winners of Singapore’s digital bank licenses have finally been revealed.

Back in January, the Monetary Authority of Singapore (MAS) announced that it will award up to five digital bank licences to successful applicants.

Two licences were for digital full banks (DFB) while another three were reserved for digital wholesale banks (DWB).

The announcement triggered a flurry of aspirants who were eager to make history by being the first to clinch the licences.

Last Friday, MAS finally announced the winners of the bid.

A consortium made up of ride-hailing firm Grab and Singtel (SGX: Z74) clinched one of the coveted DFB licences, while Sea Ltd (NYSE: SE), a gaming and e-commerce company, grabbed the other DFB licence.

For DWB, there were only two winners announced, that of Ant Group, a unit of Alibaba Group (HKSE: 9988), as well as a consortium comprising Greenland Financial Holdings, Linklogis Hong Kong and Beijing Co-Operative Equity Investment Fund Management.

It was somewhat surprising that a third DWB winner was not announced, but MAS left the door open for future licences as the DWB are being introduced as a pilot scheme.

With the news finally out, what are the investment implications for investors?

Another feather in Singtel’s cap

Singtel has wasted no time, announcing the appointment of Charles Wong as the CEO of the new Grab-Singtel digital bank consortium and indicating that it will fill around 200 roles by end-2021.

Both companies are assembling a team of experts with diverse backgrounds in banking and technology that have the required expertise to make the digital bank a success.

As a recap, Grab holds a majority 60% stake in the consortium, while Singtel holds the remaining 40%.

The new digital bank will only be launched in early 2022.

This win is another feather in Singtel’s cap as Singapore’s largest telecommunication company flexes its financial muscle and long track record.

It remains to be seen if the digital bank, however, can make a meaningful contribution to Singtel’s bottom line.

A significant amount of capital of S$1.5 billion needs to be injected by the group as part of the DFB requirement to become a full functioning DFB.

MAS had also previously indicated that the new digital banks should show a path to profitability within five years.

With the DFB win and high capital requirements, along with continued pressure on its core business, Singtel will have to balance between maintaining its dividend and funding its digital bank initiative.

An “Ant-idote” for the underbanked

It is perhaps not surprising to see Ant Group being selected as one of the DWB winners, considering its track record as one of China’s leading financial portals.

Although Ant Group has suffered bad press due to the scuppering of its IPO, it remains a force to be reckoned with in the financial industry.

Its experience in offering digital payments, credit facilities, investments and insurance makes it a formidable player that can serve the underbanked.

Should the company make a second attempt at an IPO, it could be an interesting investment idea to watch out for.

A sea change for the banking industry?

Sea Ltd, a gaming, e-commerce and digital wallet company, has built up a strong ecosystem of users via its various platforms.

Its rise as a key player in the payments space makes it a prime candidate to offer digital banking services for Singapore and the region.

In its latest third-quarter earnings, Sea reported a near-doubling of its group revenue to US$1.2 billion.

Its digital entertainment division reported strong earnings before interest, taxes, depreciation and amortisation (EBITDA) of US$584.5 million for the quarter, but e-commerce reported a negative EBITDA of US$301.6 million.

At the group level, though, Sea reported a net loss of US$1.2 billion in the first nine months of 2020.

For the incumbent local banks, the impending entry of the four digital banks could be a game-changer for the industry.

Already faced with declining interest rates and potentially higher levels of soured loans due to the COVID-19 pandemic, the banks now also have to contend with increased competition.

However, investors should remember that the local banks are not sitting ducks, but have been building and growing their digital footprint long before the announcement of the digital banks.

For DBS Group Holdings Ltd (SGX: D05), it was named as the best bank in the world for the third year running due to its ongoing investments in digital initiatives.

There was also news that DBS had plans to set up a digital exchange for the listing of cryptocurrencies, but the bank later clarified that it had not received approval yet for such an undertaking.

United Overseas Bank Ltd (SGX: U11), or UOB, is counting on an omnichannel approach to hold off competition from digital banks, as its data shows that customers still appreciate a face-to-face approach.

UOB’s digital initiative, TMRW, aims to acquire three to five million customers over the next five years., and is targeting a S$10 billion market opportunity by serving millennials across ASEAN.