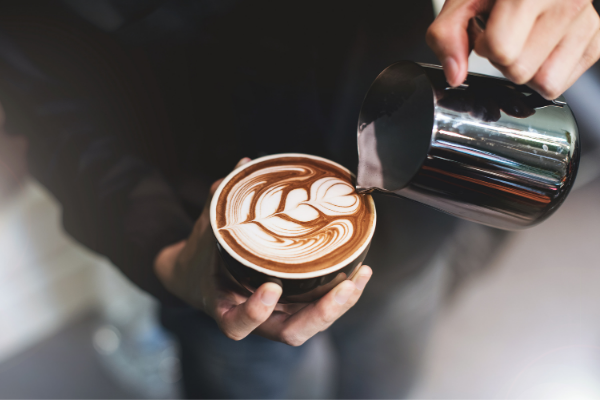 If you want to achieve long-term investment success, it’s important to place your money with businesses that display a credible track record.

These businesses should also demonstrate that they have a long growth runway so that your money can compound for years.

Granted, the pandemic has thrown a large spanner into many companies’ growth plans.

Some have seen growth slow considerably as demand for products and services plummets due to the economic slowdown.

However, others have managed to take advantage of the opportunities presented by the crisis to grow even stronger.

And there are others who have adapted to this new normal and adjusted their business models accordingly.

Here are three companies that have successfully navigated the crisis and continue to display great long-term growth prospects.

Anyone who has ever purchased a pair of running shoes or sports apparel should be familiar with Nike.

Nike is one of the world’s largest sports footwear and apparel companies, with a market capitalisation of US$172 billion as well as an innovative line of products.

Year to date, the stock has climbed 34% despite the temporary closure of the majority of its stores in the first half of this year.

For its fiscal 2021 first quarter ended 31 August, the company reported a slight revenue decline of 1% year on year.

Net profit, however, rose 11% year on year to US$1.5 billion, defying expectations of a slowdown in the business.

Nike also approved a 12% increase in its quarterly dividend from US$0.245 to US$0.275 and marks the 19th consecutive year of dividend increases for the company.

The company continues to introduce new footwear such as Air Force 1, Air Jordan 1 and a new lineup for Air Max.

A training shoe, the Air Zoom Tempo Next%, promises to introduce tangible benefits to runners who are focused on pace and endurance.

Nike is also continuing to invest in digital as its digital sales soared by 82% year on year for the quarter.

Its online store, the Nike Commerce app, saw triple-digit growth in monthly users, while its Nike Running Club app has seen four consecutive months of more than one million downloads per month.

These statistics show how well the company has engaged and connected with its customers throughout the pandemic.

Starbucks is probably a household name in many countries by now.

The coffee giant has been expanding its number of stores globally over the last decade, and as of 30 September 2020, had a total of 32,660 stores worldwide.

Slightly more than half these stores are located in the US, but the company’s overseas expansion was more rapid.

During the quarter, Starbucks reported that global comparable store sales declined by just 4% for September, which was significantly better than the 65% drop just five months ago.

For its full-year earnings, net revenue fell 11% year on year while net income plunged by 74.2% year on year.

This was largely due to temporary store closures during the early days of the pandemic.

However, Starbucks has managed to adapt by converting more of its outlets to include a drive-thru and curbside pick-ups.

The company has rolled out curbside pickup to 800 locations in the US and will expand this to 2,000 stores by the end of the fiscal year 2021.

Also, the number of active Starbucks Rewards members in the US continues to climb and is up 10% year on year to 19.3 million despite the crisis.

Starbucks’ share price has hit new all-time highs this year and is up 14.5% year to date as investors cheer the company’s ability to stand firm during adversity.

Clorox is a company that manufactures a wide variety of household cleaning products.

Some of its famous brands include Clorox, Glad and Pine-Sol.

For its first-quarter fiscal 2021’s earnings, the company reported a 27% year on year increase in net sales to US$1.9 billion.

This increase was largely driven by a spike in demand arising from COVID-19, as many businesses bought up its cleaning solution and detergents to disinfect surfaces and touchpoints.

Net profit doubled year on year to US$415 million for the quarter, but the company warns that a deceleration in its growth rate is expected in the first half of the next calendar year, though sales will still be higher than pre-pandemic levels.

The company continues to generate healthy levels of free cash flow, with the target free cash flow margin to range between 11% and 13%.

Clorox also boasts an enviable track record of raising dividends, and dividends have gone up every single year since the fiscal year 2000.

Annualised dividend per share was US$4.44, with a dividend yield of around 2.2%.

Get Smart with The Smart Investor.  CLICK HERE for your FREE subscription to our Smart Investing newsletter. Picking the right shares and the strategy to be successful in the stock market isn’t easy. Get Smart in Investing with us and learn how to do so today.