Which US Wide-Moat Cloud-Computing Company Would You Buy? 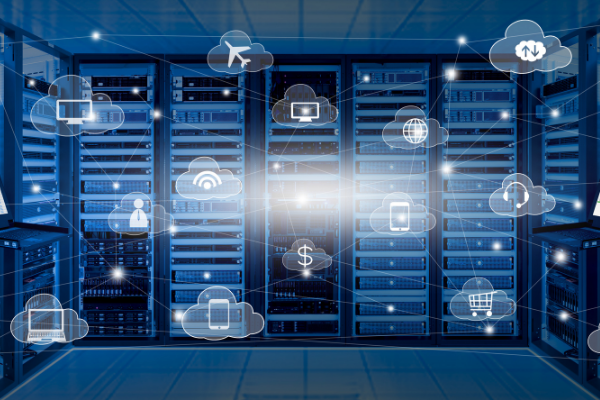 25 May Which US Wide-Moat Cloud-Computing Company Would You Buy?

We received a question from a reader and decided to provide our reply here.

In Smart Investor’s opinion, which is a US-listed wide-moat growing cloud company that investors can consider to buy at a good price?

It’s a stock which both David and myself own. And oh yeah, Joanna also owns. So sorry for forgetting.

And, you know, it’s the kind of company that if you look at all the things which it does, it not only has a wide moat, it has multiple wide moats.

You have LinkedIn within Microsoft, for example, which has close to 750 million people using LinkedIn today.

You have something smaller, like Minecraft, which is a game that Microsoft produces and they have 104 million users.

There’s an ecosystem where app developers actually develop tools and things for Minecraft itself and are making good money on it.

And of course you have the productivity software. You have Azure, the cloud computing business. You have the gaming platform and XBox and so on.

So there are so many different elements to Microsoft.

So the way I look at it, it’s almost like, if you’re a bowler and you’re trying to knock down all these Microsoft pins, guess what?

All these pins are spaced far apart, right?

So even if you knock down one pin, there are still many other pins standing and it’s not so easy to knock down all the Microsoft bowling pins.

Because you also mentioned growing, let me just say that, even though Microsoft is a trillion-dollar company and in the most recent quarter, the company has grown its revenue by 19% and its profits by 44%.

So, the company is, by no means slow and stodgy, just because it is large.

David: What about Apple (NASDAQ: AAPL), Chin? Does Apple have a wide moat as well?

Chin: Yes, I believe so.

Yeah. You can try to knock down Apple.

Yep. I actually did a presentation earlier this year at the FSM Expo.

So if you look at Apple, firstly, you have the brand.

I mean, tell me which smartphone company has people queuing outside their store, even though you can buy that smartphone online, but there is a queue outside of the store, whenever they launch a product?

Then you have to talk about the manufacturing capability. Now, Apple manufacturers, I think close to 200 million phones per year, and that kind of manufacturing scale is not easy to replicate.

You’re talking about thousands of suppliers, which you need to sign contracts with.

You are talking about engaging a very select group of companies, such as Foxconn and TSMC (NYSE: TSM) that are able to support this kind of volume.

Now there’s also distribution, which they are able to distribute to 50 other countries within two weeks.

Every time the new phone is announced, Apple can distribute to 50 countries within two weeks.

That is why the Google Nexus phone has never taken off as well as the iPhone.

And then you have the design, you have the cash on hand, which Apple has, where they can buy the entire technology segment such as fingerprinting and deny that technology to everyone else.

So again, back to the bowling analogy, if you look at all the bowling pins, knocking down one pin is not going to hurt Apple.

There are so many pins to knock down and it’s going to be hard to penetrate.

David: Yeah. The question asked for one, we gave him two. So don’t say the Smart Investor doesn’t give you more.

We always give you more value.

Whether you’re in your 20s or in your 50s, dividend investing is one of the most reliable methods to build an extra income stream. But you don’t have to sacrifice growth for income. Because once you have names of these 8 SGX stocks, you can have the best of both worlds. These stocks come ready with strong dividends and excellent growth potential. Download the report today and get the names of these 8 stocks now.