What Do The Biggest Companies Have in Common? 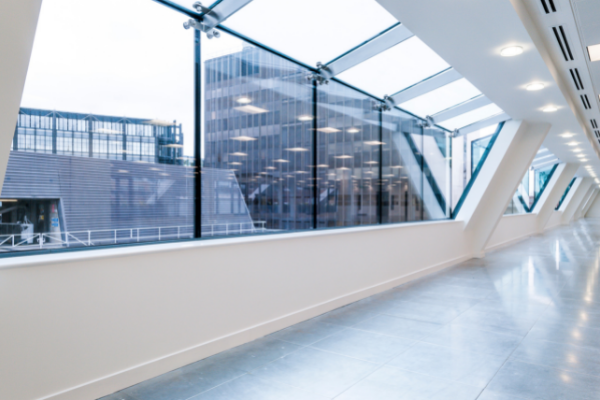 17 May What Do The Biggest Companies Have in Common?

As an investor, I am constantly on the hunt for what my blogging partner Ser Jing and I call “compounders.” These are companies that are able to grow their cash flows at an exponential rate by reinvesting their cash.

This is where the truly great companies stand out. They have great capital allocators at the helm who are able to reinvest their cash at high rates of return. The biggest companies in the world all seem to share this common trait.

Let’s take a look at the three largest companies in the US stock market in terms of their market capitalisation.

Take Apple Inc (NASDAQ: AAPL) for example. It feels like a long time ago that Apple was merely a computer company.

The company which used to sell only computers pivoted to sell smartphones. This revolutionised the company and set the stage for it to become the most valuable company in the world.

The late Steve Jobs was a visionary leader who made important investments to make Apple’s iPhone one of the most popular smartphones in the world.

His early investments into smartphones have clearly paid off as Apple continues to rake in the cash from its iPhone sales. In its last reported quarter, Apple sold US$47.9 billion worth of iPhones.

Today, Apple’s management team has made other excellent capital allocation decisions, such as placing a focus on services and new products – such as Apple Watch and AirPods – which have become billion-dollar businesses themselves.

The company also seems to be making the right decision by purchasing its relatively low-priced shares in the market, returning shareholder’s capital at this opportune time, which should further increase shareholder value.

From Windows to the cloud

Microsoft Corporation (NASDAQ: MSFT) made its first big break when it sold its “Windows” graphical operating system for computers. This was a huge breakthrough and a highly profitable business.

It was an easily scalable, asset-light, and high margin business. But as with any product, growth eventually slowed as personal computers made their way to nearly every household in the developed world.

To keep growing, Microsoft made some extremely intelligent but difficult capital allocation decisions. It built Azure, its cloud computing infrastructure-as-a-service platform. This was capital intensive and a lower margin business than software. But as seen today, Azure has become an important part of Microsoft’s business and is growing quickly.

Microsoft also built other cloud software products such as Office 365 and Dynamics 365 and has even ventured into gaming through Xbox. These investments have paid off and Microsoft is now in a much better position for growth.

Amazon.com Inc (NASDAQ: AMZN) has grown from a simple online book shop to an e-commerce and cloud computing behemoth. The company made several important investments.

In the early days, it invested in growing its product suite beyond books.

But perhaps the best investment that Amazon made was to build AWS. While the company may have chanced on the opportunity due to its massive cloud computing requirements, Jeff Bezos was quick to realise that he could profit by providing other companies with cloud computing infrastructure services. AWS now has US$54 billion in annualised revenue and in 2020 accounted for 60% of Amazon’s profit.

As we pull back the curtain, a recurring pattern emerges. The biggest companies in the world all tend to be able to invest and grow new and meaningful revenue streams. Rather than sitting on their cash flows, these companies find thoughtful ways to put their cash to use in unexpected but useful ways.

As investors, we can analyse a business to death but over a truly long time frame, even the best businesses will start to slow down. This is normal as competitors erode margins and as industries mature.

However, the truly lasting compounding machines are able to allocate capital to grow new lines of businesses.

The three companies mentioned above are not isolated cases.

All of them have grown their businesses through smart capital allocation decisions. Some investments may have seemed strange at that time, such as Google’s purchase of Android, but they have paid off handsomely. The biggest companies today have businesses that look very different from where they started.

The lesson here is, rather than simply focusing on a company’s business, it is also wise to look at the company’s track record of capital allocation decisions. Over a sufficiently long period of time, the companies with the best capital allocators will become the fastest and most reliable compounders.

Who says you can’t have the best of growth and dividend investing? We found 8 SGX stocks offering a rare mix of both! If you’re looking for new stock ideas, use our FREE  8 Singapore Stocks for Your Retirement Portfolio to uncover hidden gems you may have missed in the market. Click here to download the report.