Were There Signs That Amazon Would be a Massive Winner 20 Years ago? 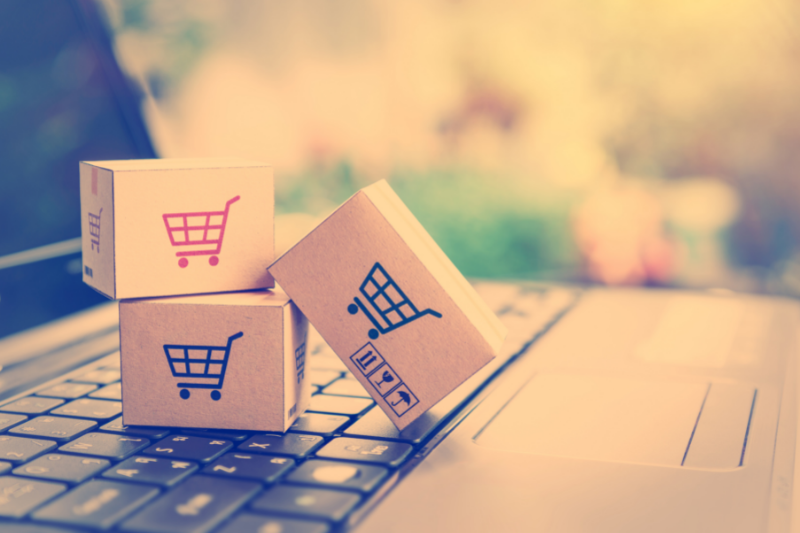 17 Jan Were There Signs That Amazon Would be a Massive Winner 20 Years ago?

Buying and holding great companies can make you rich. If you invested in Amazon.com (NASDAQ: AMZN) 20 years ago in January 2001 and held it all the way, you’d have generated a return greater than 20,000%. Put another way, an investment of $5,000 will be worth more than a million dollars.

But it’s easier said than done. Not all companies are like Amazon. A study done by JP Morgan found that two-thirds of all stocks underperformed the Russell 3000 index from 1980 to 2014. Moreover, 40% of all stocks had a negative absolute return over that 30-year time frame.

And only a handful of stocks can be classified as “extreme winners” earning investors more than 500% over that time frame. So choosing the right companies to invest and hold is critical. Buying and holding lousy companies will just destroy your portfolio over time.

So what sets the best companies apart?

And even if we had come across such a company back then, would we be able to identify a long-term compounder such as Amazon? I decided to put this to the test by revisiting Amazon’s 1999 IPO prospectus and its 2000 and 2001 annual reports to see if there were any early indications that Amazon would turn out to be a great investment.

Back then, it was already clear that Jeff Bezos, Amazon’s founder and CEO at the time, was an innovative leader. In 1999, Amazon was listed on the NASDAQ and in its IPO prospectus, the company described itself as a “leading online retailer of books.” Back in 1999, Amazon was still solely a seller of books. By 2002, Amazon had transformed into the “everything” store. In its 2001 annual report, the company’s business description had completely changed from just selling books to selling a whole host of items. The report stated:

“We seek to be the world’s most customer-centric company, where customers can find and discover anything they may want to buy online. We and our sellers list millions of unique items in categories such as books, music, DVDs, videos, electronics, computers, camera and photo items, software, computer and video games, cell phones and service, tools and hardware, outdoor living items, kitchen and houseware products, toys, baby and baby registry, travel services and magazine subscriptions.”

Amazingly, this transition transpired in just three years. In addition, by 2002, Amazon had gone from just a first-party retailer who only sold its own inventory, to operating a vibrant online marketplace where third-party sellers could leverage Amazon’s already loyal customer base.

This willingness to adapt, grow, and expand quickly became an important theme for Amazon over the years as the company not only expanded its e-commerce business rapidly but also grew other lines of businesses over time, such as advertising and Amazon Web Services (AWS).

Although investors in 2002 would have been hard-pressed to predict the true trajectory of Amazon’s transition from then till today, the clear presence of an innovative spirit within the company could have been an early indicator of its possible future success and adaptations.

It was already demonstrating an excellent execution track record

Besides opening new lines of business, Jeff Bezos and his team were already demonstrating an ability to grow Amazon’s business steadily.

In the five years from 1997 to 2001, Amazon had grown its net sales by a compounded annual rate of 114%. Although growth did slow in 2001, this was due to a shift of product mix from 1st party sales to 3rd party sales and a decline in general economic conditions that year.

We can also see that Amazon’s gross profit margin picked up nicely from 1997 to 2001 due to this shift from lower margin first-party sales to its services business where it served its third-party sellers on its marketplace.

It was in the early innings of an E-commerce boom

Although not many of us can say we could foresee the extent of the potential of e-commerce at that time, it was pretty clear that it was still a nascent market that was growing rapidly.

In its prospectus, Amazon argued why it believed online booksellers would keep on growing. It said:

“Amazon.com was founded to capitalize on the opportunity for online book retailing. The Company believes that the retail book industry is particularly suited to online retailing for many compelling reasons. An online bookseller has virtually unlimited online shelf space and can offer customers a vast selection through an efficient search and retrieval interface. This is particularly valuable in the book market because the extraordinary number of different items precludes even the largest physical bookstore from economically stocking more than a small minority of available titles. In addition, by serving a large and global market through centralized distribution and operations, online booksellers can realize significant structural cost advantages relative to traditional booksellers.”

“Beyond the benefits of selection, purchasing books from Amazon.com is more convenient than shopping in a physical bookstore because online shopping can be done 24 hours a day and does not require a trip to a store. Furthermore, once the Company achieves sufficient sales volume to realize economies of scale, the Company believes that its high inventory turnover, lack of investment in expensive retail real estate and reduced personnel requirements will give it meaningful structural economic advantages relative to traditional booksellers.”

An investor reading this back then would realise the vast potential of online retail due to the numerous advantages it has over traditional retailing. Amazon looked set to take advantage of a major transformation in consumer behaviour.

Another great trait for a company to have is easy access to capital. This will provide a company with the financial muscle to grow existing businesses and invest in new lines of business.

In 2002, Amazon had just raised what was then a massive US$1.25 billion in new funding by selling 10-year convertible notes with interest of 4.75% and a convertible feature at a 27% premium to its stock price at that time.

Investor-appetite for Amazon’s convertible notes is comforting for shareholders because it indicates that the company will be able to keep funding its growth.

Although Amazon’s balance sheet ended up with more long-term debt than cash in 2002 due to the sale of the convertible notes, the notes had a 10-year expiry and could be converted to shares – the convertible feature can save the company from having to repay the principal. This meant Amazon’s financial health was still very strong, despite losing money since its founding.

This relatively cheap source of capital for Amazon at that time also made its balance sheet a lot more robust, giving it the platform to invest aggressively for growth.

Were there any negatives?

After going through the prospectus and annual reports during its early years, I found some negatives to its business.

I could also predict that there was going to be heavy dilution due to stock-based compensation to employees and the conversion of the aforementioned long-term convertible notes. The company will need to grow its market cap faster than the dilution for investors to reap a profit.

Amazon was also an unproven business. It had a relatively short existence back then and was still not profitable. Sceptics wondered whether the business could ever turn a profit.

Would you have invested?

It is invariably easier to look back on a big winner and say that the signs were obvious. But is that really the case?

In Amazon’s instance, there were many things to like about the company. Some of the traits of its business and its management were hallmarks of a company that could go on to be a big winner. But at the same time, there were some concerns that were likely difficult to look beyond at that time.

Looking back now, do you think that you would have invested in Amazon if you had studied the company in its early years?