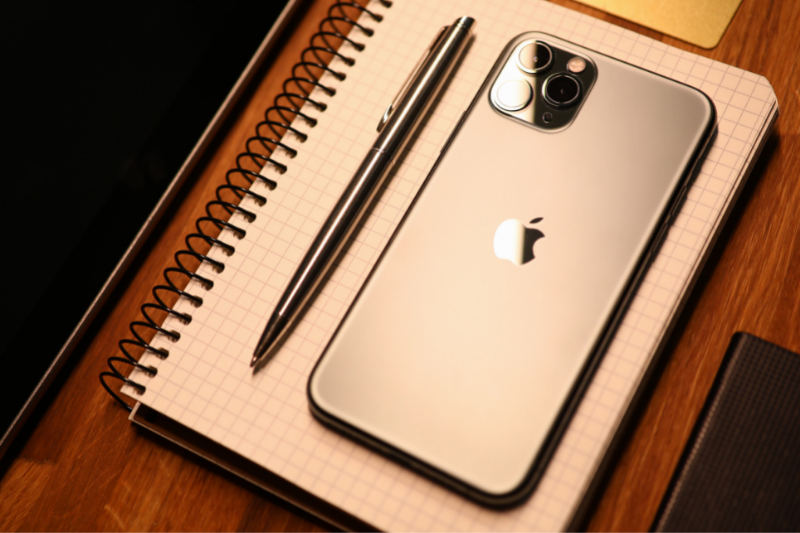 When the late Steve Jobs returned as Apple’s CEO in 1997, he needed a new marketing strategy to revitalise a company that was floundering.

The slogan became the rallying call for the Cupertino company’s remarkable turnaround, turning it into an enterprise that is worth well over two trillion dollars today.

I have been a fortunate Apple shareholder for over 11 years.

During this time, I had a front-row seat for a good part of the iPhone maker’s rise to worldwide prominence.

In the spirit of thinking differently, I present to you 10 unconventional lessons from holding Apple shares for the past decade.

1. You can always change your mind

I’ll start with a confession.

When Apple introduced the iPhone in early 2007, I thought it was a terrible idea.

In my mind, entering a commoditised mobile phone market filled with cut-throat competitors was madness.

Thankfully, my better half convinced me to get an iPhone in late 2009.

My experience using the smartphone changed my perception of what it could do, and how its technology would only get better with time.

Armed with a better understanding, I invested in Apple shares in June 2010, four years after the iPhone’s debut.

2. Being early is overrated

Some investors believe that investing in obscure, early-stage companies is the only path to scoring huge returns.

My experience with owning Apple shares for the past decade dispels this notion.

For one, it would be hard to miss the iPhone’s presence in 2010.

And with US$43 billion in revenue generated for fiscal 2009, Apple is certainly not a small company.

Yet, shares have surged over 16 times since my June 2010 purchase.

The world plunged into a financial crisis in 2008.

When it comes to recessions, conventional wisdom suggests that you should rotate out from discretionary into non-discretionary stocks.

Yet, Apple’s strong business performance during this period puts a dent in this belief.

Sales for its devices, which are often deemed to be discretionary in nature, propelled the firm’s revenue up by over 52 per cent between fiscal 2007 and fiscal 2009.

In contrast, non-discretionary stocks such as Proctor and Gamble (NYSE: PG) only managed a tepid 5.6 per cent revenue growth between its fiscal 2007 and 2009.

Conventional wisdom does not always hold up.

When I bought Apple’s shares in 2010, the company had just generated a little under US$43 billion in revenue for fiscal 2009.

By fiscal 2012, the Cupertino company’s topline had exceeded US$156 billion.

In a space of three years, the iPhone maker had more than tripled its sales, a phenomenal feat by any measure.

I doubt that any analyst entered the numbers above into their spreadsheets.

As investors, we should recognise that we can only project what we can imagine.

When it comes to great companies such as Apple, you are better off leaving plenty of leeway to be surprised on the upside.

From my experience, they often do.

In 2010, there were no trillion-dollar companies.

Today, there are five companies that are worth over a trillion dollars.

A big reason: smartphones have helped to increase the internet’s population from 1.8 billion in 2010 to over five billion today.

The connectivity has made it possible to reach billions of customers today, a scale that did not exist a decade ago.

As investors, we should expect to see more trillion-dollar, internet-scale companies in the future.

If you plan to buy an innovative company, be ready for the business to look different a decade from today.

Case in point: at the end of its fiscal year 2009, Apple was a product-focused company.

Sales of iPhones, iPods and Macs made up well over 80 per cent of its revenue. In contrast, software and services accounted for less than six per cent.

By fiscal 2020, services had grown to almost a fifth of all its revenue and over a third of its gross profits.

For a sense of scale, Apple’s services revenue alone is more than twice what Netflix (NASDAQ: NFLX) makes in a year.

Apple has introduced new products over the past decade.

The Apple Watch was introduced in 2014, followed by the debut of Airpods two years later. In 2017, HomePod was launched.

Thing is, much of its roadmap was not visible in 2010.

As such, if you valued Apple’s business a decade ago, you would not have known the future value these products have created.

Again, innovative companies tend to surprise on the upside.

8. Let businesses do the heavy lifting

As an investor, we can try to buy at the lowest PE ratio we can get.

Alternatively, we can rely on its EPS growth to drive share prices up.

I prefer to focus on the latter.

Buying shares cheaply allows you to benefit from a stock market re-rating. The gains are decent, but pale in comparison to the power of long-term business growth.

You are unlikely to achieve such gains from a stock market re-rating.

9. The round pegs in the square holes

Trying to label Apple as a growth, dividend or value stock has been futile.

When I bought shares in June 2010, the iPhone maker’s growth was primarily driven by high demand for its products.

In fiscal 2012, Apple started to pay dividends, adding income to the mix.

And as the Cupertino company’s services revenue became a larger part of its revenue, its main growth driver has shifted from products to services.

In short, as the business changes, you have to use the right mental model for different stages of its lifecycle.

10. A great stock to buy again

As Peter Lynch once said, the best stock to buy is the one that you already own.

The 16 times gain that Apple achieved did not happen in a month or a year. Instead, the increase in share price occurred over a decade, leaving you plenty of time and opportunity to add your position.

Finding a great company is way harder than finding a cheap stock.

Your accumulated knowledge in owning an innovative company for years should make it a prime candidate for new money.

Get Smart: Long term for the win

Holding a stock for a decade does not guarantee you big returns.

You need to own the right companies to be able to score multi-bagging gains.

That said, the worst loss you can make is 100 per cent. The best gain you can get can be as high as 16 times, as Apple has shown, or far more.

The solution is obvious for me.

You have to accept that you will never be always right by holding stocks for the long term.

But when you are, the astounding returns will make it well worth your patience.