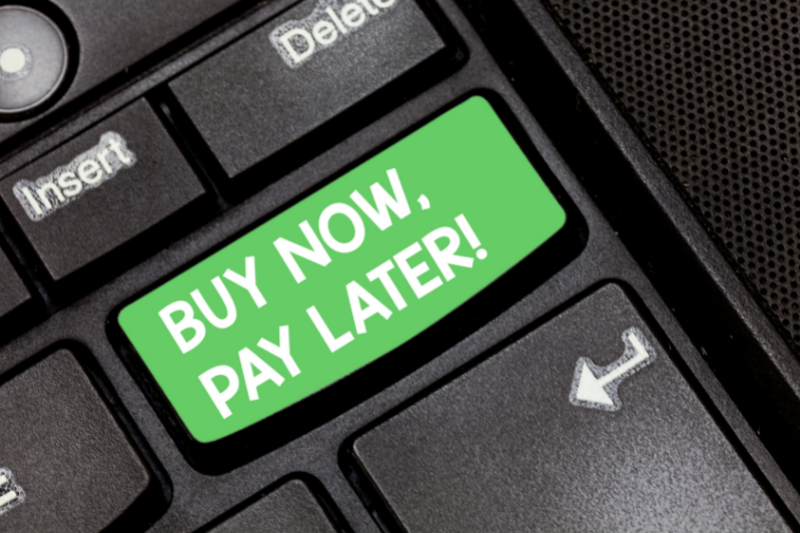 Interestingly, that figure is forecasted to triple by 2024 to US$268.4 billion.

With this strong projected growth, it is no surprise that BNPL is also rapidly gaining popularity in Singapore.

An April 2021 survey by YouGov Singapore found that while only 13% of Singaporeans have used BNPL services, another 39% indicated that they are considering using it in the future.

As investors, we want to take note of fast-growing industries such as BNPL.

In this article, we showcase several candidates that are looking to conquer the massive BNPL space.

The company’s BNPL service offers shoppers the option to pay for their purchases in four interest-free instalments every two weeks, with fees only charged if there is late payment.

This business model has been ruthlessly effective for Afterpay.

The company was founded in 2014, but quickly made its stock market debut on the Australian Securities Exchange just two years later in May 2016.

To top it off,  we could soon see Afterpay dual list in the US, where BNPL is quickly gaining traction among shoppers.

The US is where another BNPL giant, Affirm Holdings (NASDAQ: AFRM), is based.

Unlike Afterpay, Affirm charges its customers a small fee to use its services, but does not implement any fees for late payment.

Instead, customers who miss a payment to Affirm will have their account suspended until payment is made.

In addition, the customer’s credit score will also take a hit.

In its most recent quarterly report, Affirm announced that active consumers grew 60% year on year to reach 5.4 million, while gross merchandise volume grew 83% year on year, hitting US$2.3 billion.

Outside of the stock market, numerous BNPL companies are also making a name for themselves.

The most prominent of all is Klarna, a Swedish company that deals with payments and shopping services.

Like Afterpay, Klarna offers interest-free instalments to its customers and even allows financing of up to 36 months for larger purchases.

The Swedish company boasts over 90 million active consumers and 250,000 merchants partners on its platform, including popular brands such as H&M (STO: HM-B) and Adidas AG (ETR: ADS).

If reports are true, Klarna could soon declare its initial public offering (IPO), allowing retail investors the opportunity to own a piece of the company.

Elsewhere, companies such as FuturePay, QuadPay, and Sezzle are also BNPL specialists that operate in multiple countries.

Singapore is not left out of the party either.

The next time you are out for some retail therapy, look out for homegrown BNPL companies Atome and hoolah.

The proliferation of BNPL is set to leave a dent in the payments world as more consumers demand such services from merchants.

But existing payment giants are not standing still.

Online payments platform provider PayPal (NASDAQ: PYPL) introduced its “Pay in 4” service in September 2020, allowing users to split purchases of up to US$600 into interest-free instalments.

The company had previously offered PayPal Credit, a revolving credit line where customers could pay zero interest if payment is made in full within six months.

Visa (NYSE: V) also recently announced that it will equip every Visa credit card in Canada with BNPL options.

Lastly, banks and other digital payment companies are also getting in on the act.

Local lender United Overseas Bank Ltd (SGX: U11), or UOB, has a SmartPay service that allows shoppers to split up a purchase into either 3, 6 or 12 instalments for a small processing fee.

Get Smart: No winner takes all

A rising tide lifts all boats.

In a market as large as BNPL, it is unlikely that a single company will monopolize and reign supreme.

Instead, we are likely to see companies establish their niche subcategories, each occupying their own corner of the BNPL sector.

Therefore, investing in BNPL is not about picking a single company that will be the last man standing, but instead finding those that can ride the wave better than the rest.

Disclosure: Herman Ng does not own shares in any of the companies mentioned.