Sea Limited Should Stick to Its Core Businesses, Especially Gaming 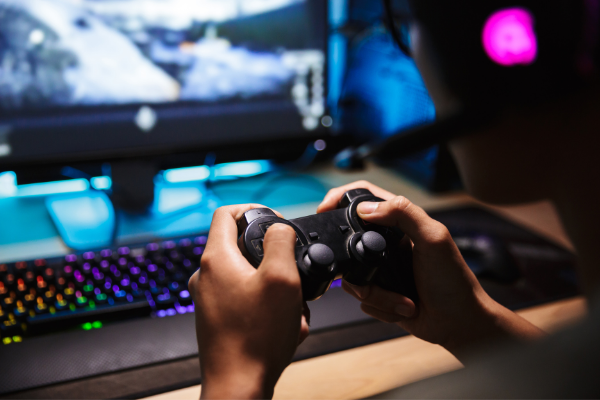 If share prices are an indication of how well a company is doing, then Sea Limited (NYSE: SE) should be the poster-child of a tech unicorn in rude health.

Shares in the operator of gaming platform, Garena, and shopping platform, Shopee, have soared from about US$16 just five years ago to just above US$230 today – a gain of 1,300 per cent for early investors in the consumer internet company.

However, the price of a stock might not always be a good reflection of how well or how badly a company is performing. It could be a forward indicator of how investors believe the company could do in the future.

Consequently, there can be a dose of hope or perhaps a dollop of pessimism that is incorporated into the share price.

Coming off the boil

Right now, the jury appears to be out on Sea. On the one hand, its share price is still riding high. But they have come off the boil in recent weeks. They have dropped from an all-time high of US$280 to less than US$235. That has effectively wiped off US$22 billion or 16 per cent from the market value of the company.

The drop in value could be as much about concerns over rising interest rates as it is about the company’s performance. However, investors can’t assume that it is the former and dismiss what is happening at the company level.

That’s because the hard numbers for Sea indicate a business that has not been profitable for the last seven years. What’s more, it is worsening.

Worryingly, operating losses at Sea paint an equally bleak picture. If a company is unable to even make a profit at the operating level, then it could raise serious questions about when it can ever make any return at all on the funds that shareholders have invested in the business.

In 2014, Sea Limited’s operating loss was US$88 million. The deficit at the operating level, which excludes taxes and non-recurring items, had swelled to US$1.3 billion six years later.

For instance, in November, the group announced a third-quarter operating loss of US$713 million, 82.5 per cent more than the year before. This was because it spent 87.1 per cent more on sales and marketing at US$471 million, as it aimed to attract and retain more customers.

Generally, a company that is consistently generating increasing operating income could be seen as a promising prospect because it could be considered a business that is in control of costs and overheads. On the contrary, one that is racking up operating losses, like Sea is, could be concerning.

But there are a couple of silver linings. Sea’s revenue has been growing at a healthy rate. In 2014, it reported sales of US$155 million. That had jumped 10-fold to just over US$2 billion in 2020.

The other silver lining is that not all of Sea’s business segments are performing badly. Its Digital Entertainment unit, which houses its gaming platform, is profitable at the operating level.

However, losses are widening at its other divisions, namely, at E-commerce, Digital Financial Services and Other Services.

It would appear that Sea has been relying heavily on its successful Digital Entertainment division to subsidise its unprofitable businesses. Effectively, it is spending money to buy revenue, which is, perhaps, forgivable for start-ups that are focussed on achieving critical mass.

However, buying revenue is only possible if a company has adequate resources to do so. Sea has that in spades. At the end of 2020, it had cash reserves of US$6.17 billion, thanks to an upsized offering of new shares that raised US$2.57 billion.

That said, Sea is burning through its cash. Since 2014, it has reported negative cash flow every year at an average rate of US$383 million a year.

Thankfully, it would take Sea 16 years to exhaust its pile of readies, assuming, in the worst case, that it does not generate any positive cash flow at all during that time.

So, there is little danger that Sea will run out of cash anytime soon. However, simply surviving is probably unlikely to satisfy investors who are hungry for growth. Currently, their enthusiasm remains high, though the recent share price drop shows there are indications that it has waned.

Just a few months ago, they were willing to pay US$31 for a dollar of revenue. Today, they are prepared to pay US$27 for the same dollar of sales that Sea generates.

Perhaps Sea thinks that it may need to find another engine of growth to keep investors engaged, which could be why it has pumped US$1 billion into its wholly-owned Hong Kong-licensed global investment management firm.

The Chief Investment Officer of Sea Capital, David Ma, will report directly to Sea’s Chairman, Forrest Li. It is possible that Li is in search of the next unicorn. That should keep investors guessing.

But even if this new venture doesn’t immediately bear fruit, Sea doesn’t need to worry.

There is enough in its current suite of segments to blunt the claws of the grizzliest of bears. Its digital entertainment revenue increased by 72 per cent year-on-year in the fourth quarter.

Revenue from e-commerce climbed 178 per cent from the previous year, whist revenue at its Digital Financial Services segment surged 660 per cent over the same period.

Stick with the knitting

One day, they could all turn profitable. So, in the words of Tom Peters and Robert Waterman in their book, In Search of Excellence, Sea “should stick to the knitting”, and just stay with the business the company knows best.

There is a danger for any successful business to try something new, which in Sea’s case has been to look for a fresh engine of growth through Sea Capital.

Strategy consulting firm Booz & Company, now acquired by PwC, wrote in 2014 that “when most companies diversify into new markets, their profitability is diluted and acquisitions are subsequently unwound.”

At its growth stage and when the group still needs to focus on profitability and sustaining it for a while, Mr Li could well afford not to have his attention taken away from these existential needs of the business to overseeing the growth of Sea Capital.

Mind you, the Sea founder also runs a successful football club, Lion City Sailors, which he invests a lot of time and money in.

Are Li and Sea doing too much at too short a time? Should they not patiently grow existing businesses to profitability before getting into new ones? Wouldn’t spending more marketing dollars on a new business worsen their operating losses and delay profitability?

According to Peters and Waterman, business diversity almost never works.

There may be some examples, like IBM (NYSE: IBM) diversifying from hardware into IT services, Disney (NYSE: DIS) expanding from films and content for children to theme parks and Apple (NASDAQ: AAPL) branching from computers to smartphones and online music, among others.

But in all of these and many other successful examples, the companies’ motivations to diversify mattered – they had either saturated growth in their current business, were expanding to a new but related product or service and were doing so when their existing businesses were already profitable and, in many cases, matured.

In Sea’s case, Sea Capital is quite alien to its other segments, all of which still have a long runway to grow.

To grow its business and profitability, it might be a better idea for Sea to focus on developing another in-house game along the lines of its highly-successful Free Fire, along with continuing to steer its e-commerce and digital finance business to profitability.

This was the most downloaded mobile game globally for 2020, and maintained its leading position for a second consecutive year.

Why doesn’t just Sea consider doubling down on digital entertainment? It is by far its most profitable segment. And who would dare bet against Sea developing another global hit game, if it directs more resources in that direction rather than elsewhere?

Business focus and not diversification is what Sea needs now.

Want to stay abreast of the latest investing news, analyses, and stories for FREE? Subscribe to our weekly email, Smart Reads, now to receive a curated list of our top articles weekly. CLICK HERE to subscribe now!