Is SEA Ltd a Buy? 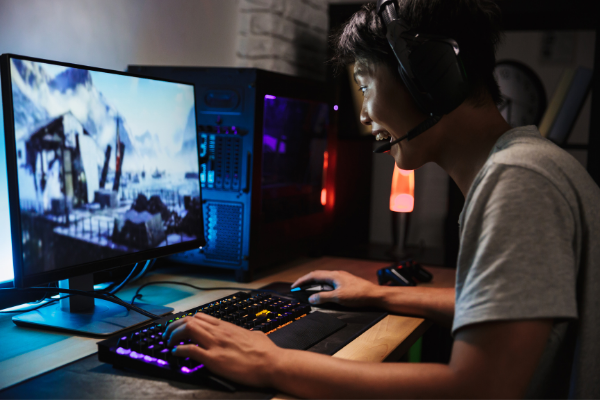 The gaming industry is no longer just for kids.

Gaming is such a huge pastime that Garena is considered the largest internet gaming company in South East Asia with around 570 million active users.

Within gaming, there is a sub-category known as Esports. And a lot of Garena’s games are played competitively, such as League of Legends, Call of Duty or Free Fire, just to name a few.

In fact, one of its top-grossing mobile games, Free Fire, which recently held a tournament, had over 150 million online views. That’s almost the whole of Japan tuning in to watch a “fight to the death” battle royale in virtual reality.

SEA was founded in Singapore in 2009 by Forrest Li, a Chinese-Singaporean businessman.

The company started out as an online gaming and social platform.

It develops its own games and distributes other developers’ games through its platform for free.

In October 2017, the company got listed on the New York Stock Exchange, raising close to US$890 million and making it Southeast Asia’s most valuable internet company.

During its latest third quarter results, while SEA’s total sales doubled to US$1.2 billion compared to last year, Garena’s revenue grew by a massive 73% year on year to US$569 million.

And Garena collected around US$65 million from users in a single quarter, which includes selling highly appealing “in-game” items.

How SEA keeps growing and growing

Garena is just the opening act.

If you shop online, you’ll know about Shopee, which is also owned by SEA.

As a matter of fact, Shopee’s online marketplace grew tremendously in recent years.

Shopee is considered the leading e-commerce platform in South East Asia and Taiwan.

Shopee is so big that, in just this third quarter alone, its gross orders grew by 130%, hitting 741 million units on its platform, compared to the same period as last year.

This represents over US$9 billion of products that people are buying and selling on its platform, and is also known as gross merchandise value (GMV).

With 670 million people in Southeast Asia, there’s plenty of opportunity for Shopee to grow. With the emerging markets middle class rising, Shopee is at the cusp of a steep upward climb to dominance.

During the third quarter, Shopee’s sales grew a massive 173% to US$619 million compared to a year ago. It collected more transaction and advertising fees. Shopee contributed the other half of SEA’s total sales.

Shopee is ranked as the number one Shopping category app by download and monthly active users in Southeast Asia and Taiwan.

And it’s also the second most downloaded app globally in the Shopping category, according to App Annie.

Are SEA’s losses a concern?

One big concern I have is this: SEA is still making losses.

This is despite its strong sales growth, and it’s largely because it is spending a lot to “buy” its customers.

SEA needs to quickly build its brand, hire new staff and make sure they can grow their user base in Garena and Shopee. It’s inevitable since they’re a relatively new company.

That’s why SEA’s third-quarter net losses ballooned to US$425 million, up 106% from a loss of US$206 million incurred last year. Most of the loss was attributed to sales & marketing expenses.

In my opinion, it’s common for technology companies such as SEA to make huge losses at the start. In order to grow in a sustainable manner, it needs to accelerate its customer acquisition through branding and advertising on its platform.

It should do so before it gets disrupted by other tech companies.

But so far, its acquisition strategy has worked out well.

In fact, Garena is expected to have bookings exceeding US$3.1 billion for this year, which is 75% more compared to last year.

And sales this year for Shopee are expected to exceed US$2.3 billion, more than 144% higher than last year’s.

Get Smart: Looking beyond the cash burn

In the long run, the potential for gaming and e-commerce is massive.

But SEA still has to deal with its huge losses in the short term.

As long as SEA continues to raise new money to grow its users and customers, it has the potential to become the dominant internet company within Southeast Asia.

Till then, investors should continue to closely monitor the company’s key metrics to ensure that its growth is on track.

Get Smart with The Smart Investor.  CLICK HERE for your FREE subscription to our Smart Investing newsletter. Take control of your financial future and Get Smart in Investing with us.

Disclosure: Willie Keng does not own shares in any of the companies mentioned.