Is it Too Late for You to Invest in FAAMG? 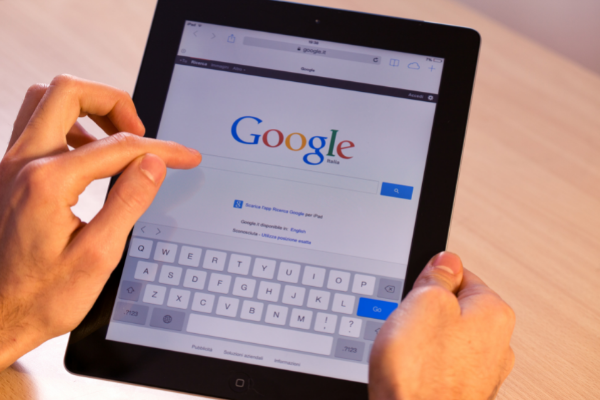 26 May Is it Too Late for You to Invest in FAAMG?

We help a reader with a question on the famous FAAMG* stocks.

Do you think the FAAMG can still grow the same rate for the next 20 years?

For the past 20 years, Apple has been doing very well and grew many folds. Will cloud computing do as well as apple? How well do you think it can grow? 10 times, 20 times?

*Note: FAAMG is an acronym for the stocks of American technology companies: Google, Apple, Facebook, Amazon, and Microsoft.

So if you go back to say 2010 and compare it to where it is now. I think that quite easily, smartphones have actually doubled and from today, smartphone sales I don’t think it’s going to double again.

Now we did have a very, very good year last year.

I don’t think that year will actually repeat itself because this is very much driven by people going to work from home and therefore they are buying more devices.

I will say, definitely not. I don’t think we should have those kinds of expectations.

I think the opportunities are still there. It’s just not going to be as significant as the last 10 years or for 2020, where we had a pandemic.

And that was a huge rush of people actually going online and requiring all these new digital tools.

I do think that there might be a resurgence in interest in modernising technology, but again, you know, I’m open to be surprised.

I’ve always been surprised by companies when I bought Amazon (NASDAQ: AMZN) back in 2010.

AWS was just a small part of its business and such innovative companies tend to come up with new businesses, which you do not see today and actually add to your investment thesis where they actually come out to an entirely new business.

When I bought Apple in 2010, they hadn’t released the Apple watch. The Airpods were not released yet, but I knew that Apple had such a long history of innovative products that it would actually come up with new products and new ideas in the future.

One other thought about that, and that is the beauty of the pyramid, because remember the pyramid has got three parts to it.

It’s got the income, it’s got the growth, and it’s also got that speculative element.

Now, if a company at the moment sits in that growth portion, there is a good chance that over time, that company will no longer be growing and it will become an income stock.

In other words, it will drop down from the middle portion of that pyramid to the lower portion because the shares will be derated.

In other words, the P/E ratio will come down and the company will have to accept the fact that it is no longer a growth stock. It is now an income stock.

As a result of that, whatever profit profits it can generate, won’t be needed to plow back into the business in order to get that business to grow.

Instead, all those profits that it will make will then be paid out to shareholders in the form of higher dividends. The cash is no longer required.

So the beauty of that pyramid is that stocks may move from either growth back down to income, or it can move from income if it suddenly has this moment of epiphany, where it suddenly says, I found myself, I found a new avenue for growth, highly unlikely, but it might do.

And then it gets elevated to become a growth stock. And so the beauty of the pyramid is especially for an investor like me, who doesn’t believe in selling shares, that you can shift those stocks from either the boring income stocks into the slightly more exciting growth stocks.

Or if it really falls out of favour and it becomes a value stock because the price has fallen so much, it can then be moved into the speculative portion until such time that it finds itself again.

And then it can either go into either the growth or the income side.

And so, the pyramid in that sense is very, very manageable, and very flexible for you to move the stocks in any of those three categories.

SPECIAL FREE REPORT! 10 Growth Stocks To Supercharge Your Portfolio! We cover 3 unstoppable growth trends and the 10 stocks that will ride them in 2021 and beyond! CLICK HERE to download for FREE now!