How To Invest In The Next Big Trend After Cloud 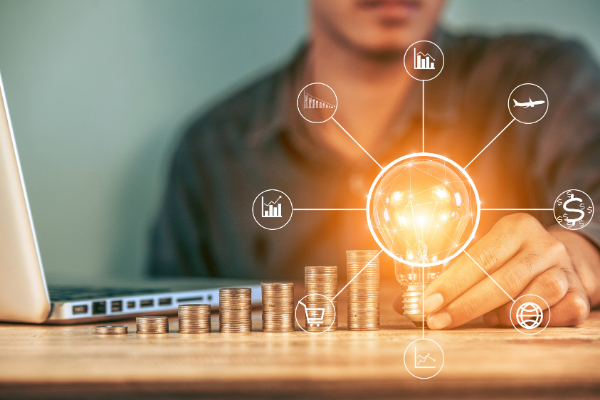 Posted at 08:00h in Blog by Charlotte Lim 0 Comments
0 Likes

Investing in cloud stocks has proven to be highly profitable for growth-seeking investors in 2020.

Within the All Stars portfolio, our biggest cloud winners include Zoom Video Communications (NASDAQ: ZM) and Salesforce.com (NYSE: CRM) that have respectively risen 726% and 76% YTD.

While the cloud sector is primed for continued success in the face of accelerated digitalisation, we are not resting on our laurels.

New investment opportunities can be found when there are disruptive companies in traditional industries.

For decades, the world relied on fossil fuels for energy.

According to Deloitte’s 2020 Renewable Energy Industry Outlook report, the sector achieved a significant milestone in April 2019 when, for the first time ever, renewable energy surpassed coal as a means of generating US electric power.

More recently in Singapore, Sunseap Group announced that it will supply Facebook (NASDAQ: FB) with solar energy to power its data centre operations.

The initiative would help Facebook reach its goal of using 100% renewable energy in its regional operations and reducing greenhouse gas emissions by 75%.

Despite the positive developments, the sector continues to face challenges due to an evolving competitive landscape and legislative uncertainties.

To do well in our investments, we must identify businesses with the highest potential for long-term success.

We would like to help you along by highlighting companies that stand out due to their compelling technological advantage and strong growth track record.

A bold and innovative leader in renewable energy

2020 has been a remarkable year for electric vehicle (EV) manufacturer and technological leader, Tesla (NASDAQ: TSLA).

Despite the constraints it faced in production capacity due to the Covid-19 pandemic, the company made a record 139,300 vehicle deliveries in the third quarter, which was more than the company has delivered in any other quarter.

In addition, for the first time in its history, Tesla achieved profitability for four straight quarters when it generated a profit of US$104 million in the second quarter of 2020.

Tesla’s leadership in EV is further strengthened by the strong technological advancements it has made in areas such as energy generation (solar panels), energy storage (battery) and autonomous driving.

At its recent annual shareholder meeting, founder and CEO Elon Musk announced that “full self-driving” capabilities will soon be released in a beta version of its software used in autonomous driving.

It also plans to roll out an automated taxi service that would allow Tesla owners to rent out their cars for rides while they aren’t using them.
Investors have been clearly impressed by Tesla’s performance and bold ambitions.

Since the beginning of the year, Tesla’s share price has skyrocketed by 746% to US$431 resulting in a staggering price-to-earnings (P/E) ratio of 1,116.

Given its high valuation, investors and analysts will be keenly watching Tesla’s ability to execute on its growth targets which include delivering a total of 500,000 electric vehicles in 2020, or a 36% increase from last year.

The solar market is notoriously tough because of its price sensitivity and cyclical nature.

That is why we are impressed by solar companies that can put together a track record of strong operating performance.
One such company is SolarEdge Technologies (NASDAQ: SEDG).

Headquartered in Israel, SolarEdge provides inverters and power optimizers to maximize energy production from solar panels and send electricity to the home or grid in a usable (alternating current) form.

There is no shortage of inverter manufacturers worldwide but SolarEdge’s technology gives it a performance edge and cost advantage over traditional solar inverter technologies.

The company’s competitive edge has translated into robust financial performance, which includes an average revenue growth rate of 43% over the last three years from US$490 million in 2016 to US$1.43 billion in 2019.

Over the same period, gross profit has similarly grown at an average rate of 44% per year.

SolarEdge has also managed to overcome the challenging economic conditions in 2020 to grow its revenue by 2% year over year in the second quarter.

At its current share price of US$309, SolarEdge trades at a lofty P/E ratio of 92. Investors can consider adding SolarEdge to their watchlist while monitoring the company’s ability to maintain its growth and lead in the market.

Investing in a more sustainable future

The way we consume energy affects our environment and impacts every one of us.

Awareness is rising among the general public on how our actions can affect the environment.

For the adventurous, it won’t hurt to get some skin in the game and learn alongside businesses that offer the prospect of income growth while making the world a cleaner and better place to live in.