How Netflix Took Over Hollywood and the World 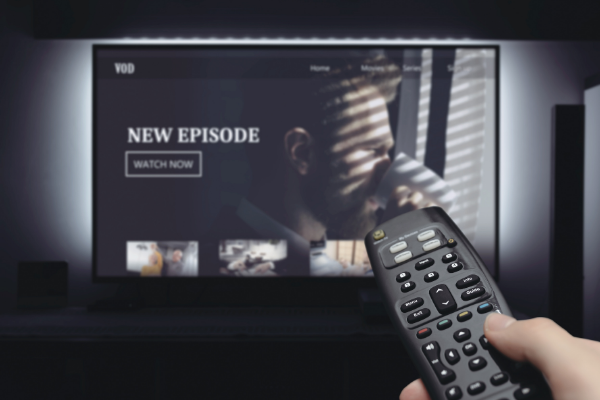 23 Jan How Netflix Took Over Hollywood and the World

Posted at 09:00h in As Featured on BT, Blog by Chin Hui Leong 0 Comments
0 Likes

In less than two weeks, I will be celebrating my 15th anniversary of holding shares of Netflix (NASDAQ: NFLX). The experience has been both educational and financially rewarding as an investor.

Here are 15 highlights and lessons from my 15-year journey.

Netflix started by Reed Hastings and Marc Randolph in 1997 based on a simple idea: rent  DVDs to customers via mail, have them send it back when they are done watching, and then send the next one.

The DVD-by-mail business, which is based on a monthly subscription, turned profitable in 2003.

Despite the success, Hastings had his eye on the bigger prize: delivering video over the internet. To make his point, he stressed that the company was named Netflix from the start and not DVD-by-mail.

2. Finding value where no one is looking

Movie theaters have to pack their halls with paying customers to earn a decent profit.

As such, new film releases receive top dollar and priority for screening while older titles hold relatively little value. The same dynamic applies to traditional video stores such as Blockbuster.

Netflix, though, plays a different game.

According to the Harvard Business Review, only 30% of the company’s DVD rentals were new releases compared to 75% at Blockbuster outlets.

By targeting under-valued titles, Netflix is able to carve out a profitable business.

3. Competition and the role of luck

Randolph admitted that Blockbuster would have won the battle if not for its heavy debt and interference from Carl Icahn, an activist investor.

In 2005, Icahn wrestled control of Blockbuster’s board of directors and promptly pulled the plug on its online business.

The rest is history.

Netflix prevailed and Blockbuster filed for bankruptcy in 2010.

4. A culture of freedom and responsibility

Netflix won praise for its unorthodox release of a 129-slide deck outlining its company culture in 2009. Facebook COO Sheryl Sandberg called it the most important document to come out of Silicon Valley.

Among the key highlights is the company’s high-performance culture.

To bring home its point, Netflix would offer a generous severance package for an adequate performance.

Netflix believes that growth leads to complexity, which then breeds the temptation to implement processes.

But inflexible processes drive talent out of the company. Furthermore, a process-driven company would struggle to adapt to new business models.

As such, the company prizes self-disciplined employees that manage the complexity while remaining nimble.

Netflix needed its team to be flexible for its pivot into online streaming.

6. Slowly, then all at once

In January 2007, Netflix launched its first online streaming service. Almost four years would pass before the company made its maiden entry into Canada in late 2010.

The pace picked up from there.

7. A scale the world has never seen

The plan to go from zero to 190 countries in five years seemed reckless.

The online streaming firm was building a business for a world with five billion netizens.

Under that scenario, Netflix was aiming to be the biggest distributor of content.

8. A chorus of naysayers

Yet, the online streaming business was not immediately profitable, thereby attracting naysayers.

The most memorable moment came in December 2010 when ex-Time Warner CEO Jeff Bewkes derisively compared Netflix’s rise to the Albanian army taking over the world.

The end result is undeniable.

9. Even great leaders can make mistakes

In July 2011, Hastings managed to fumble twice in a matter of weeks.

First, the company sprung a surprise by announcing that it was splitting up a popular subscription plan which pairs DVD-by-mail with on-demand streaming into separate plans.

Subscribers who signed up for both new plans will have to pay 60% more.

A comedy of errors followed, culminating in an ill-advised comment that Netflix will hit US$1 billion in revenue for the first time because of these price increases.

The comments did not go down well with subscribers.

10. Willing to be embarrassed

The decision to split the services led to Netflix losing 800,000 subscribers in a single quarter while shares tanked by nearly 80% in four months.

With a tail between his legs, Hastings walked back on his plans to split the services.

The lesson here: if you plan to score a big winner, you have to be willing to be embarrassed along the way.

11. Be stubborn on the direction

With the benefit of hindsight, we know that Hasting’s push to focus on online streaming turned out to be timely — and ultimately, correct.

As investors, we have to allow time for the management to execute. To quote Amazon (NASDAQ: AMZN) founder Jeff Bezos: you have to be stubborn on the direction but flexible on the details.

Netflix’s path to success was not straightforward, but it was always headed in the right direction.

A 2014 Atlantic article found that Netflix categorised every movie and show into nearly 77,000 micro-genres, giving the online streaming provider unparalleled insight into its viewers’ preferences.

The vast data collected allows it to know what series or movie will likely be a hit, and provide personalised recommendations to customers at scale.

The insight from its data set the stage for Netflix to differentiate itself by creating original content.

The company’s subscription model, which comes without ads, was attractive for storytellers who are free to create series or movies without the burden of fixed run times or pilot episodes.

This model sets up a win-win-win scenario.

14. Tapping the long tail of talent

Being a global platform puts Netflix in a position to tap on inexpensive local talent and elevate them to the world stage.

Case in point: Korean hit series “The Squid Game” was viewed 1.65 billion hours by 142 million households within its first four weeks. However, the show only cost US$21.4 million to produce, according to Bloomberg.

Finally, Netflix believes that its real competition is not with other services such as Disney+ or Amazon Prime but for a share of the member’s time.

From this perspective, competition comes from all forms of entertainment, including linear TV networks, pay-per-view content, DVDs, video gaming, web-browsing, magazines and more.

True to form, the online streaming giant is currently testing the addition of games.

There is no guarantee that Netflix will be successful in gaming, of course. But if we have learnt one thing, it’s that the path to success can get messy, and that you wouldn’t want to bet against Hastings.