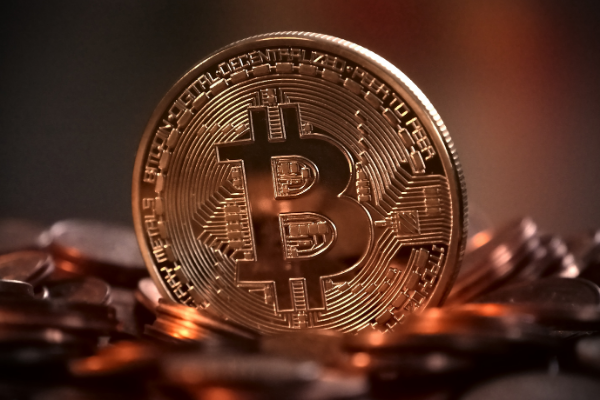 In February 2021, Elon Musk, CEO of Tesla (NASDAQ: TSLA), said the company had bought US$1.5 billion worth of bitcoins.

It also announced that Tesla would start accepting bitcoins as a form of payment for its products soon.

Tesla has done nothing wrong buying bitcoins. Unconventional, perhaps. But not illegal. Thing is, Tesla had already updated investors of its revised investment policy a month earlier.

In its annual report for last year, the company said, going forward, investing in alternative reserve assets could provide it with more flexibility to further diversify and maximise returns on cash not required to for day-to-day use.

Nevertheless, Tesla’s revelation still raised eyebrows, given that its bitcoins holdings grew to represent around an eighth of the company’s US$19 billion cash pile.

The question is whether the move to place its faith in bitcoins is an investment masterstroke or has Elon Musk put Tesla shareholders in danger by risking company funds?

The move from cash into bitcoin does raise eyebrows since the cryptocurrency is volatile.

Janet Yellen weighed into the debate on the alternative investment by calling bitcoins “highly speculative” and “inefficient” for transaction.

Bill Gates said if you have less money than Elon Musk, then you should probably watch out.

Most of us have considerably less money than Elon Musk. The inventor and entrepreneur has, after all, been among the world’s top two richest people in recent times, joined at the top by Amazon (NASDAQ: AMZN) founder Jeff Bezos.

Despite the dizzying heights of his personal finances, the opinion on Musk’s entrepreneurial endeavours is divided – he is a creative genius but can he translate those visions of the future into successful and profitable enterprises?

After all, that is what investors will be most interested in.

On being a visionary, Musk clearly has it. He has probably done more for turning science fiction into science fact.

His company, SpaceX, has already made history by being the first private enterprise to place a person into orbit and dock a crewed spacecraft with the International Space Station.

He could make an even bigger name for himself should he succeed in sending the first crew to Mars by 2026 in line with his goal to eventually colonise the Red Planet.

Even with Tesla, Musk has almost single-handedly transformed our perception of electric vehicles (EVs).

Ever since electric cars were first conceived, one of the biggest pushbacks has been concerns that the vehicle could run out of juice during a trip.

But Tesla has addressed motorists’ concerns. In a recent survey, Tesla cars have claimed the first three spots in terms of how far they can travel on a single charge.

All of this sounds impressive. But as far as investors go, has this translated into dollars and cents? That is where Musk’s track record has sometimes been cast in doubt.

A few of his business ventures, though headline-grabbing, have not tasted similar financial success.

Therefore, one stern test confronting the company is sustainable profitability.

For one, even though Tesla enjoyed first-mover advantage by being a disruptor of the car industry, others are catching up with its comparative advantages.

Tesla has to work hard to constantly stay ahead of the curve as the rest are sniffing distance behind.

Although Tesla reported its first full-year profit of US$862 million in January compared to a loss of US$775 million the previous year, there are worrying signs for investors.

Superficially, Tesla’s financial turnaround should be celebrated as it came from improved sales and the introduction of the Model Y, which means that the market demand for Tesla’s EVs is growing.

The Model Y is Tesla’s second car that is made in China at its Gigafactory in Shanghai.

Reportedly, the launch of the Model Y impacted sales at another Shanghai carmaker, Nio, after Tesla slashed prices for its sports-utility vehicle by 30 per cent.

Worryingly, Tesla’s operating margin fell to 5.4 per cent in the fourth quarter from 9.2 per cent three months earlier. Tesla said this was due to price cuts and stock-based compensation of US$264 million to its CEO.

Whilst turning around a loss-making business is undoubtedly a boost for its investors, Tesla makes less money than its rivals.

Germany’s BMW, for instance, reported profit of US$2.08 billion in the third quarter of 2020. In other words, it made more than twice as much in three months than Tesla made in an entire year.

By itself, that is not a massive problem since the EV market is still in its nascent stage compared to the petrol or diesel car market the likes of BMW are in.

What is concerning is that Tesla’s profit was boosted by the sale of carbon credits to other carmakers.

But they can sidestep environmental regulations by buying carbon credits from companies such as Tesla, which manufactures zero-emission vehicles.

Without the sale of carbon credits, which amounted to US$1.58 billion last year, Tesla would have lost money.

That’s the bad news. The really bad news is that demand for carbon credits could slow as traditional carmakers roll out more EVs.

The International Energy Agency saw sales of EVs top 2.1 million in 2019, surpassing the previous year’s record and expects the stock of EVs to grow 30-fold by 2030.

That could present a problem for Tesla. Firstly, its profit margin on car sales, which is already thin, could narrow further, as rival carmakers produce more competitively-priced EVs.

As discussed, with rival car producers becoming more emission-efficient, Tesla could find it harder to earn from carbon credits and thus make a profit.

But Musk provided some insight into his thinking in July. He said: “We want to be like slightly profitable and maximise growth and make the cars as affordable as possible.”

He added: “So we need to not go bankrupt, obviously that’s important because that will fail in our mission.” Investors should thus expect that Tesla is not chasing super profits.

But even maintaining modest levels of profit margins will need work. This is probably where bitcoins could help. Tesla could be banking on its investment in cryptocurrency to provide it with an alternative source of revenue to the sale of carbon credits.

If Musk is right, and the price of bitcoin appreciates, then by cashing in on Tesla’s stash of the currency, his status as a genius would be affirmed.

If he is wrong, he will still be a genius because he would have almost single-handedly pushed electric cars into the forefront of our private transport mix.

It is possible that Tesla may go back to being unprofitable again. But it is unlikely to go bankrupt provided there are enough Musk fans to bankroll his next big thing and back him up.

When Tesla announced in February that it had bought US$1.5 billion worth of the cryptocurrency, bitcoin prices jumped nearly 50 per cent to a high of US$57,000. In the same month, it slumped 17 per cent after Musk commented that the prices of bitcoin and its rival ether “do seem high”.

However, Musk is no stranger to controversy. In May 2020, he said that Tesla’s share price was “too high”. The shares fell 10 per cent. Today, they are more than 300 per cent higher.

Musk knows the value of public relations and the need to be front and centre of the minds of the market, stakeholders, and consumers.

One tweet from him could be all it takes to send bitcoin prices higher, which could provide Tesla with the resources to achieve Musk’s dreams.

Want to stay abreast of the latest investing news, analyses, and stories for FREE? Subscribe to our weekly email, Smart Reads, now to receive a curated list of our top articles weekly. CLICK HERE to subscribe now!

Disclaimer: David Kuo does not own shares in any of the companies mentioned.