Don’t Be Too Quick to Write-Off Elon Musk 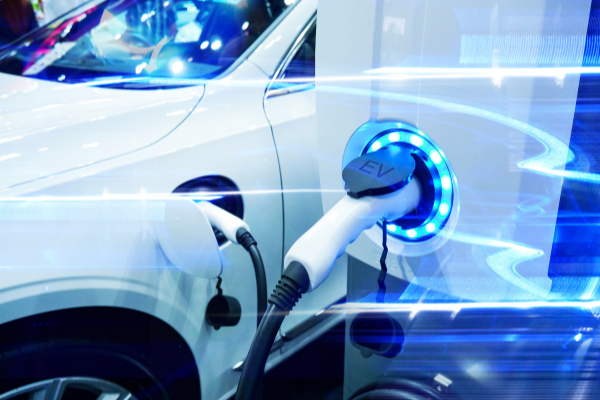 Winston Churchill said: “Success is stumbling from failure to failure with no loss of enthusiasm.” It is that kind of enduring passion that prompted serial entrepreneur Elon Musk to tweet: “Mars, here we come”, when his prototype SpaceX Starship recently exploded whilst trying to land after its latest test launch.

Despite the catastrophic end to the 6 minutes and 40 seconds flight on Dec 10, Musk said SpaceX had all the data it needed and hailed the experiment a success. It is that “can do” attitude that separates a hardcore entrepreneur from a wannabe businessman.

The scale and audacity of attempting to fly people to another planet in our solar system, is exceptional.

No wonder then, Musk is arguably one of the most adventurous and talked-about entrepreneurs of our time. He joins a band of notable modern-day entrepreneurs that include Bill Gates, the founder of Microsoft (NASDAQ: MSFT), and Steve Jobs, who founded Apple (NASDAQ: AAPL).

In contrast to Gates and Jobs, Musk hasn’t restricted himself to a solitary project, but has many schemes on the go, simultaneously. Like them, he has attempted to innovate and disrupt – industries from electric vehicles to space travel and solar power.

But some might criticise Musk for biting off more than he can chew and having his finger in too many pies.

He is also sometimes criticised for having big lofty business adventures that do not take-off.

Not all his business ideas have been successful, or at least they have yet to be successful. For instance, Space X began life as a project called Mars Oasis, which aimed to land a greenhouse on Mars. That hasn’t happened yet.

For the first 15 years, since its establishment in 2003, Tesla (NASDAQ: TSLA) couldn’t achieve profitability or positive cash flow.

But critics must understand that investing in Musk and his businesses is not about making a quick buck nor as much about building fortunes as much as it is about solving problems. He has always invested in the future while his ventures were eventually profitable.

From an early age already, Musk has shown an innate ability to innovate and, perhaps more importantly, monetise his ideas.

At the tender age of 12, he developed and sold the code for a video game to a computer magazine for US$500, after teaching himself how to write computer programmes in Basic from a manual.

His next venture came 12 years later. Armed with degrees in economics and pure science, plus a couple of summer internships in applied science in Silicon Valley, and fresh out of university at 24, Musk was involved in the development of an internet city guide, Zip2, with the help of venture capital.

He received US$22 million for his share in the business when the company was sold in 1999.

For many people, that should have been more than enough. But not for Musk.

He ploughed some of his earnings into an online payment company, X.com, which merged with a money-transfer company, that was eventually renamed, PayPal (NASDAQ: PYPL). The business was sold to eBay in 2002, for which Musk received US$165 million.

Musk was still far from done. Around that time, he had set his sights on space flight, wanting to establishing a human colony on Mars, developing an all-electric vehicle, and advancing the use of solar power.

Later, he conceptualised a high-speed transportation system that could propel people in pods at high speed through reduced-pressure tubes. It was called a hyperloop. And that’s not all. He has even started a company to integrate the human brain with artificial intelligence.

It is hard work keeping up with Musk’s innovations – developing a video game and an internet-based city guide wasn’t enough. Those are the kind of ventures that many aspiring programmers or entrepreneurs would probably want to have a go at.

But for Musk, it is his desire to attempt the impossible that separates him from the rest.

Once talking about his Tesla electric sports car, Musk – the world’s second richest person – explained how money is not his pursuit as he continually recycles his gains from one investment into the next ambitious project.

Due to this approach, even if Musk’s fortunes, or the share prices of his companies, go up or down, people still tend to back him up as he is planning the future world and puts his own fortunes on the line. That gives the assurance that he is serious about his ideas and business ventures – they are not marketing gimmicks.

Musk has still pencilled in an unmanned flight to Mars for 2022. He also expects the first manned flight to the planet in 2024. What’s more, he wants to establish a Mars colony of a million humans by 2050.

In the meantime, SpaceX is earning its keep by deploying an internet constellation comprising thousands of satellites combined with ground receivers called Starlink.

The company plans to sell some of those small satellites in low Earth orbit to the military or to research organisations for scientific and exploratory purposes. The rest will be used to provide broadband to Americans.

SpaceX has said that the cash flow from internet services would be ploughed into its Mars plan.

SpaceX has also received funding from NASA to launch and berth 12 spacecraft at the International Space Station (ISS). Earlier this year, it became the first private company to place a person into orbit and dock a crewed space vehicle on the ISS.

Elsewhere, Tesla, which not only manufactures electric vehicles, but also provides clean-energy solutions and solar panels through its subsidiary, SolarCity, turned cash flow positive in 2019, as the automobile company posted its first full-year profit in January.

Over the last five years, revenue has jumped from US$4 billion to US24.5 billion in 2019 as the idea of electric vehicles caught on.

Remarkably, Tesla’s current market value of US$658 billion is more than that of Toyota, Volkswagen, Daimler, GM, BMW, Honda, and Ford combined.

Unlike the success of his headline-grabbing SpaceX and Tesla ventures, the jury is out on some of Musk’s other innovations.

Hyperloop, which aims to transport people and goods through sealed tubes at hypersonic speeds has not happened. Neuralink, which hopes to build a brain-computer interface has been criticised as highly speculative.

The Boring Company, which is 90 per cent owned by Musk, aims to reduce the cost of tunneling. It hopes to achieve this by making smaller tunnels and creating its own high-power boring machines but has only recently won a major project for the Las Vegas city.

Solar City, which manufactures solar panels, has been blowing hot and cold since it was bought by Tesla.

Part of a bigger plan

But, it is important to recognise that each of his ventures is part of a bigger idea, namely, to colonise Mars.

SpaceX will fly people to the red planet. They will get around the planet in Tesla cars powered by solar panels from SolarCity. They will live in underground tunnels made by The Boring Company, and they will communicate through a constellation of Starlink satellites.

Each piece of the jigsaw will need to work for the Mars mission to go from science fiction to science fact. That could also mean plenty of failures along the way. But as Thomas Edison once said: “I have not failed. I’ve just found 10,000 ways that won’t work”.

That appears to be the ethos of Musk. He shoots for the moon or, in this case, Mars. Even if he misses, he should land among the stars, which he has done. On Monday (Dec 21), Tesla became the largest company to be added to the S&P 500 index this year.

He is an entrepreneur of a different kind – a visionary and a problem-solver. If you are looking for quick profits, he may not be your man. But for the high value-added business models he represents, Musk is worth backing and believing in.