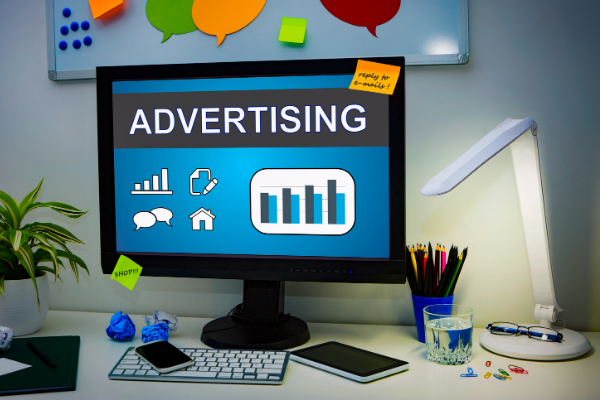 Posted at 08:51h in Blog by Charlotte Lim 0 Comments
0 Likes

Advertising has come a long way since the days of spray and pray tactics used in marketing.

By using mediums such as billboards and broadcast TV commercials, an advertisement (ad) is sent out to as many people as possible, with the hope that it entices some of them to buy a product or service.

Thanks to the internet, tech titans like Alphabet’s Google (NASDAQ: GOOGL) and Facebook (NASDAQ: FB) have made ads a lot more personalized.

Google pioneered targeted advertising in the late nineties when it started tailoring ads based on people’s keyword search on Google.com.

Later on, Facebook adopted a similar approach through people’s personal data that was shared on its social media platform.

However, their dominance in digital advertising is increasingly being threatened by newer players that are not bound by the websites or platforms they own.

To make matters worse, concerns about anti-competitive behavior owing to their dominance have also surfaced.

Earlier this month, US lawmakers started suing Google and Facebook for violating antitrust laws by colluding with each other to boost their already-dominant online advertising business.

This may drive more advertisers to turn to programmatic advertising, a type of advertising that is platform-agnostic, provides better reach and offers more targeting options.

Programmatic advertising uses artificial intelligence to automate the buying and selling of digital ad space between advertisers (the ones who pay to display an ad) and publishers (the ones who are paid for displaying that ad).

Through a programmatic advertising platform, multiple advertisers bid in real time for advertising space that satisfies their target customer attributes such as location, personal interests and behaviour.

Programmatic advertising also reaches audiences across multiple devices including mobile, desktop, and connected TV (television that is connected to the internet), and allows real-time optimization of marketing campaigns.

In summary, programmatic advertising is a growing trend that allows advertisers to get the right ads in front of the right eyes at the right time.

We look at three companies that are making waves in this space and are challenging Facebook’s and Google’s dominance in digital advertising.

The Trade Desk, founded in 2009, is a global leader in programmatic advertising that automates the buying of ad space and helps advertisers get the highest return on investment from their ad spending.

It generates revenue from its self-service platform which allows ads to reach a targeted audience across a wide range of digital channels including social media, mobile games, apps, podcasts and streaming video.

The omni-channel strategy has clearly paid off, as demonstrated by a 32% year on year increase in revenue to US$216.1 million in its fiscal third quarter.

Underlying this growth was the increase in connected TV ad spend that soared an astounding 100% year on year.

Also impressive was the increase in mobile video and audio ad spend that grew about 70% over the same period.

The Trade Desk also continues to delight its customers, which include some of the world’s biggest agencies such as Publicis Groupe (EPA: PUB) and Omnicom Group (NYSE: OMC).

This is evident in its strong customer retention rate which has remained over 95% during the quarter, as it has over the past 5 years.

But what is perhaps most impressive about The Trade Desk is its ability to consistently achieve profitability even as it continues to pursue growth.

In fact, it has been profitable every year since 2013 and in the third quarter, net income more than doubled year on year to US$41.2 million.

The strong performance has bolstered management’s confidence in its ability to deliver further growth as expressed by founder and CEO Jeff Green: “Because of that performance year-to-date, we’re even more bullish about our ability to gain market share moving forward.”

Magnite operates a “sell-side” platform to automate the selling of ad inventory by publishers.

It was formed by the merger between Rubicon Project, an ad exchange specialist, and Telaria, a connected TV advertising company, earlier this year to become the largest independent sell-side specialist.

In its fiscal third quarter, Magnite grew its revenue by 12% year on year to US$61 million.

While this may not seem spectacular by growth stocks’ standard, it is worth noting that revenue generated by connected TV ads grew 51% to US$11.1 million over the same period.

This was driven by a significant two-and-a-half time increase in the number of connected TV advertisers who used Magnite’s audience targeting features to improve campaign performance.

By enabling advertisers to better target audiences, Magnite is effectively creating more value for its publishers as it helps them to attract the relevant advertisers’ attention to their ad inventory.

Another way in which Magnite continues to enhance its value for publishers is by participating in an industry collaborative initiative called Unified ID 2.0 (UID 2.0).

Led by The Trade Desk, UID 2.0 aims to create a standard identifier for the ad industry using hashed emails instead of third-party cookies.

Through this initiative, customer data is collected by publishers, which gives them more control over the use of the data and data security, thereby strengthening the value of publishers in the advertising ecosystem.

As Magnite enters its fiscal fourth quarter, management expects that connected TV advertising will continue to catalyze growth for the company and has forecast a higher revenue of between US$72 million to US$75 million, up 20% from the third quarter.

Roku pioneered TV streaming and made its mark by producing set-top boxes to allow Netflix (NASDAQ: NFLX) users to stream Netflix content to their TVs.

The player segment covers streaming hardware devices that plug into TV sets to allow viewers to get access to more than 500,000 movies and TV episodes across thousands of free and paid channels.

These include Disney Plus, Google Play, Hulu, Roku’s own Roku Channel and the recently added HBO Max.

In its fiscal third quarter, revenue for the player segment grew 62% year on year to US$132.4 million, resulting in Roku’s strongest year on year player revenue growth in over seven years.

But Roku’s key growth driver is its software platform which generates revenue primarily through content distribution and ad sales.

During the same period, revenue for the platform segment grew an impressive 78% year on year to US$319.2 million.

This was driven by a 43% growth in the number of active accounts to 46 million and a 20% increase in average revenue per user (ARPU) to US$27 over the same period.

Management expects that the shift to streaming TV will remain a powerful tailwind for Roku as brands increasingly allocate their TV advertising budget to streaming services as opposed to traditional linear TV.

Another potential catalyst for growth lies in Roku’s active expansion to markets outside the US where it currently derives most of its revenue from.

Earlier this year, Roku began expanding into Brazil, the largest country in South America, in addition to deepening its offerings in markets such as Canada and the UK.

Looking ahead, management is “cautiously optimistic” that revenue growth in the fourth quarter will be similar to the growth rate in the last few holiday seasons even as it noted short-term uncertainties in the macro environment caused by the pandemic.