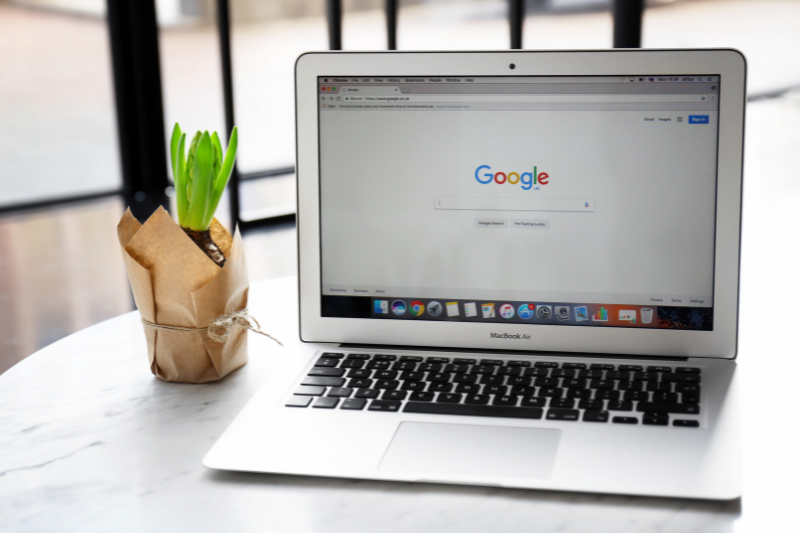 Posted at 14:19h in As Featured on BT by Chin Hui Leong 0 Comments
0 Likes

Most businesses would be pleased with a 10 per cent improvement in their products.

In his own words, a 10 per cent improvement means you are basically doing the same thing.

You probably won’t fail spectacularly, but you are guaranteed not to succeed wildly, either.

Page expects Google, which is owned by Alphabet, to create products and services that are 10 times better than what’s available.

These moonshots, as he calls it, are worth the attempt.

Even if you fail in your ambitious endeavour, it’s very hard to fail completely.

There is much more to learn from Google’s mindset.

As a shareholder for over a decade, here are 10 lessons I have

According to Forbes, Baidu’s (NASDAQ: BIDU) founder Robin Li created a site-scoring algorithm in 1996 around the same time Google’s co-founders, Larry Page and Sergey Brin, were experimenting with similar algorithms.

In September 1998, Google was founded.

A little over a year later, Li formed Baidu.

Today, more than 20 years later, Baidu is worth less than US$60 billion while Google is well over 30 times larger at US$1.8 trillion.

Both successes are incredible feats.

But Page and Brin’s Google outperformed Li’s Baidu by a mile.

Either way, execution is what turns great ideas into reality.

2. The internet was underhyped

In May 2009, a Harvard Business Review (HBR) article argued that Google’s advertising business was nearing maturity and may not have room to grow much more.

In that year, Google generated about US$23 billion in ad revenue.

The internet population had grown from 1.8 billion to over five billion netizens over the same timeframe.

With the benefit of hindsight, we can say that the proliferation of the internet was largely underestimated.

The same 2009 HBR article characterised Google as a one-trick pony, with search ads as its only viable business.

But search is not as easy as it looks.

Three years later, the search engine incorporated artificial intelligence (AI) to handle the 15 per cent of search queries that have never been asked before.

4. Skate to where the puck is going

When Google launched Gmail in 2004, it boldly offered one gigabyte of storage, 100 times more than any other competition.

For most of his business life, Gates was in an environment where storage was a scarce commodity.

In short, when Gmail was launched, Google was betting on a future where storage cost was going to be significantly lower.

In Wayne Getsky’s parlance, Google skated to where the puck was headed, and not where it had been.

According to Statcounter, mobile internet traffic was a negligible fraction of overall internet use in 2009.

However, by the end of 2016, just seven years later, mobile use had surpassed desktop use and remains the dominant channel for online access.

Not every software company made the transition.

For its part, Google’s Android operating system (OS) was a key enabler in the transition from desktop to mobile.

Today, Android is used by three billion active devices, holding a 72 per cent market share for mobile OS, according to Statcounter.

Google is well-known for its software but not many are aware that it is also among the world’s largest manufacturers of data centres.

According to Levy, the search giant manufactures its own servers, lowering cost to a third of its competitors; a cost that is low enough for the company to offer services such as Gmail for free.

The scale of Google’s underlying network is significant with tens of billions invested in 16 subsea cables and millions of servers located all around the world.

By some estimates, its network handles a quarter of the world’s internet traffic.

The low-cost servers set the stage for massive product development.

Google co-founder Sergey Brin once described the search giant’s innovation as “let a thousand flowers bloom”, where a select few will be wild successes even as many products fall by the wayside.

Mind you, it’s a disciplined approach.

Using the same analogy, Brin added that it was necessary to form coherent bouquets of flowers after all the permissionless, open innovation that the company encourages.

Crucially, for products that gain traction, the growth can be rapid.

With Android, the road to three billion users has been laid.

Any company would be extremely pleased with a product or service with a billion users.

And that’s not counting other up and coming products such as Google Assistant with over 500 monthly active users and Google Meet, which boasts 100 million daily participants.

The depth and breadth of Google’s reach is extensive and hard to match.

9. Be uncomfortable to stay relevant

Google renamed itself Alphabet in 2015.

The key reason behind the move is to ensure that Google does not become too comfortable with its success.

In Page’s own words, you need to be a bit uncomfortable to stay relevant.

The new structure untethered all non-Google businesses and organised them under a larger Alphabet umbrella.

The reorganisation would also allow leaders of these nascent companies to innovate faster without the burden of a large company’s bureaucracy.

10. The hidden wisdom of moonshots

Google search has been a wonderful invention for the internet.

But in my view, it might not be Page’s best achievement.

His best achievement came from his ability to convince hundreds if not thousands of highly intelligent people to work for Google to create new futures.

Working on trouncing another company that does the same thing is hardly exciting, Page argues.

But a chance to change the world is hard to turn down.

The name Alphabet stands for alpha-bet or a bet for alpha; a return that is above benchmark.

Not all bets work out.

These losses sit alongside its wild successes, a clear definition of what Google is about.

The payoff for investors has been enormous: Google shares are up 10 times since 2011.

So, if you are an investor, be prepared for its next moonshots.

And don’t expect Google to be a conventional bet.